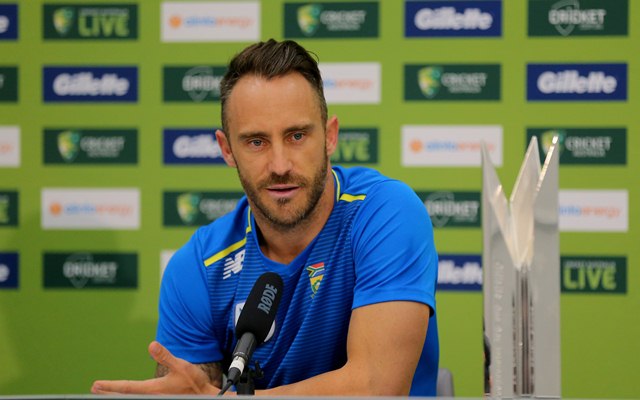 du Plessis last played an ODI for South Africa in the 2019 World Cup and was rested for the home series against England and Australia. During this period, he also quit the captaincy and handed the reigns to Quinton de Kock.

The right-handed batsman captained the Proteas in a total of 112 international matches across all three formats since December 2012 when he led South Africa for the very first time against New Zealand in a T20I series.

South Africa will be playing three ODIs on March 12, 15 and 18 in Dharamsala, Lucknow and Kolkata.