With the FIFA World Cup going on, it is entirely logical for you to say that ‘Ye sab to theek hai, par India ne kya jeeta hai?’ The answer is well…a bit embarrassing. India has been playing football since the 1930s; since then, India has been a part of the footballing fraternity. Let’s find out which football tournaments has India won (or simply played in)?

India’s debut as an independent nation, on the football stage, was at London 1948. Their trip though, was a rather short one; they were defeated in the first round itself by France (2-1), with the Indian goalscorer being Sarangapani Raman from Bangalore. At Helsinki 1952, India again played 1 match & scored 1 goal (courtesy Mohamed Ahmed Khan), and were defeated in the preliminary round by Yugoslavia (10-1).

Back when football was not that big a deal, India was reportedly the only team from Asia invited to play in the first World Cup in Brazil. Legend has it, that the organisers even offered to cover India’s travelling costs. But India did not turn up there. Why? Many reasons have been offered, but we will never really know, only sigh and think about what could have been.

India finally won its first medal on the international stage, in Delhi itself. The first Asian Games, held in India, saw India defeat Indonesia, Afghanistan, and finally Iran to get the gold medal (there were just 6 participants in football).

The apparent predecessor to the present-South Asian Football Federation Championship, the Colombo Cup was held just four times, before being discontinued after 1955. India was the winner in all four editions (with it being declared a joint winner with Pakistan in the first edition). The participants themselves were 4: India, Pakistan, Ceylon (Sri Lanka), Burma (Myanmar).

This would turn out to be the closest that India got to a medal in the Olympics. The road itself was interesting: their first match was to be against Hungary, the same team which in 1953 played the ‘Match of the Century’ in which it defeated England & which was considered as the best team in the world. However, Hungary withdrew their team. India’s next opponents were hosts Australia, who were not exactly a great footballing power. India however defeated them (4-2),with Neville Stephen D’ Souza scoring a hat trick (the first by an Asian in the Olympics) & J Krishnaswamy ‘Kittu’ scoring one more. In the semifinals, India ran into Yugoslavia again, and lost (4-1), with Neville D’ Souza scoring the lone goal for India. With bronze medal at stake, India faced off against Bulgaria, a match which they ended up losing (3-0).

Fresh off the Olympic achievement, the 1958 Asian Games in Tokyo was a chance for India to dazzle at the continental level. First, India’s group consisted of Indonesia (which had knocked out India in the 1954 Asian Games) and Burma, who were defeated by India (3-2), courtesy goals from Chuni Goswami, Tulsidas Balaram and D. Damodaran; They then lost to Indonesia (2-1) with the one Indian goal scored by M. Rahmatullah, but managed to qualify at second place from the group. In the quarterfinal, India defeated Hong Kong (5-2) with 2 goals by Rahmatullah, and one each by the trio of Chuni Goswami, Tulsidas Balaram, and D. Damodaran. Now in the semifinals, India faced South Korea, an encounter which they lost (3-1), the goal coming from D. Damodaran. Now in the running for just the third-place finish, India ran into Indonesia again, and lost (4-1), with the one goal coming from D. Damodaran. Before you judge them too harshly, have a look at the schedule; on May 28, they met Indonesia in their group, on May 30, they played an extra-time encounter with Hong Kong, on May 31, they met South Korea, and on June 1, they met Indonesia again.

Despite not qualifying for the AFC Asian Cup in 1960, and after being beaten by Hungary & Peru (along with a draw against France) in the 1960 Rome Olympics, India turned up in form for the 1962 Asian Games in Manila, Phillipines. With eight teams competing, in the group stage, India was first defeated by South Korea (2-0). Then they went & defeated Thailand (4-1), with 2 goals from P.K. Banerjee, 1 from Chuni Goswami, and 1 from Tulsidas Balaram. Their last group stage encounter against Japan ended with a victory (2-0), courtesy goals from P. K. Banerjee & Tulsidas Balaram.

In the semifinals, India defeated South Vietnam (3-2), Chuni Goswami scoring twice, and Jarnail Singh scoring 1. In the final, India met South Korea yet again, but this time they defeated them (2-1), with Jarnail Singh and P.K. Banerjee scoring. India had won the gold medal, for the second time.

With 11 of 16 nations withdrawing from the competition (most probably because the competition was being held in Israel), a round-robin tournament was played among the remaining 4 nations (South Vietnam and Thailand lost in qualifying). Here, India first met South Korea (2-0), with goals from Appalaraju and Inder Singh. Israel then defeated India (2-0). India next went and defeated Hong Kong (3-1), with Inder Singh, Samajapati, and Chuni Goswami scoring. India thus finished second, its best ever finish in the tournament.

Thailand saw 10 nations compete in the football category of the Asian Games. In its group of 3, India drew with Thailand (2-2), with both goals from Subhash Bhowmick. Mohammed Habib and Magan Singh Rajvi scored for India against South Vietnam (2-0), leading them to finish top of their group. In the quartefinals (which was made into another group), India defeated Indonesia (3-0), with goals from Nataraj, Magan Singh Rajvi and Shyam Thapa; however India lost to Japan, finishing second, but qualifying.

Next, India met Burma in the semifinals, which they ended up losing 2-0. In the bronze medal playoff, India met Japan, but this time, a goal from M. Singh won the match for them (1-0).

With India’s retreat from the world & the continental stage, it asserted its dominance in South Asia. The inaugural South Asian Games in 1984 saw football among the games played, with the competitors being Nepal, India, Bhutan, Bangladesh, Pakistan, Maldives, Sri Lanka, Afghanistan (in the present day). India has taken the first-place finish in ’85, ’87 and ’95. Since 2004, the teams have fielded their Under-23 squads in the Games, similar to the Olympics and the Asian Games.

In 1993, the first South Asian Fooball Federation Championship was held (a biennial tournament), though with a different name; the eponymous name was finally settled upon in 1997. Afghanistan left the grouping in 2015, joining the Central Asian Football Federation.

India has won the SAFF Championship 7 times, out of the 11 times the tournament has been held.

The one and only Afro-Asian Games, held in 2003, saw 7 countries participate in football – Rwanda, Zimbabwe, Burkina Faso, India, Malaysia & Uzbekistan(both of them sent their Under 21 squads), and bizzarely, a football club from Iran representing the country. India, on its part, defeated Rwanda (3-1), the goalscorers being IM Vijayan, Muttah Suresh, Ashim Bishwas. IM Vijayan, along with Jatin Singh Bisht, struck again as India defeated Malaysia (2-0). In the semifinals, India shocked Zimbabwe (5-3), but lost to Uzbekistan (1-0) in the final.

A relatively recent tournament, the tournament was held by the AFC, with the winners securing direct qualification for the Asian Cup 2011. India, along with North Korea, Turkmenistan, Myanmar, Nepal, Afghanistan, Tajikistan, Sri Lanka played the tournament. In the group stage, India first defeated Afghanistan (1-0), with Climax Lawrence responsible for the winning goal. In the next encounter, an own goal led to a draw (1-1 ) with Tajikistan, while Bhaichung Bhutia scored a brace to lead India past Turkmenistan (2-1).

In the semifinals, a certain player named Sunil Chhetri scored the lone goal, as India overcame Myanmar (1-0). Finally, in New Delhi, the final saw India face off against Tajikistan. Sunil Chhetri scored a hattrick, and Bhaichung Bhutia added one another, as India won in style (4-1). Of course, India did exist the 2011 Asian Cup in the group stage itself, but this was a memorable win.

Apart from that India has played in many invitational tournaments; the Nehru Cup was started in 1982 (and over the years, featured teams like Poland, Cameroon, East Germany), and was last held in 2012. There was also a Champions Cup in 2017, and the Intercontinental Cup this year. 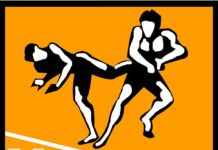 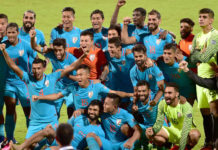 Latest Fifa Rankings Out: India Moves up to 96th; Germany down to 16th