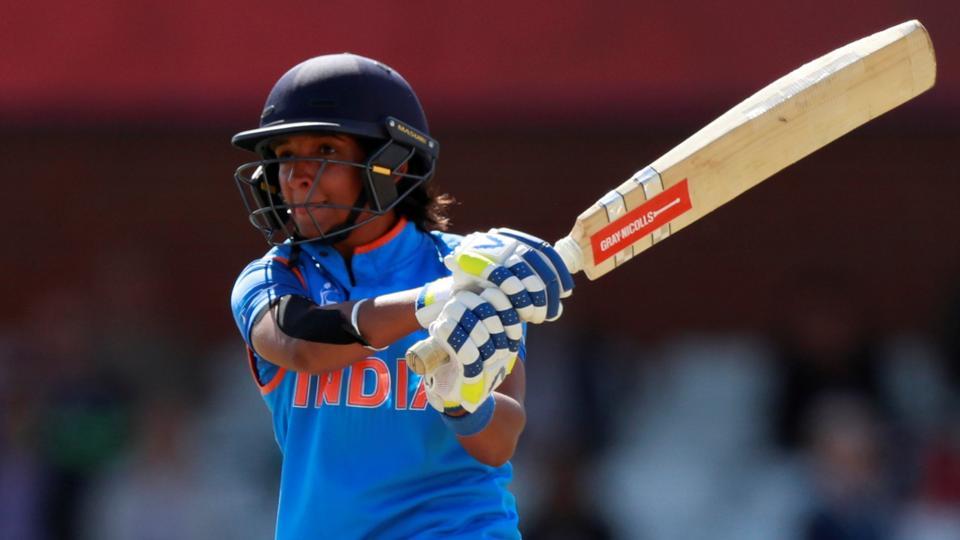 Harmanpreet Kaur along with the Indian women’s cricket team received a warm welcome at Mumbai on Wednesday morning. Her 171 runs knock against Australia in the semi-finals was a remarkable one. The vice-captain’s knock was also compared to Kapil Dev’s 175 against Zimbabwe back in 1983 World Cup which would surely have been a moment of pride for her.

As often seen on the ground, she has an aggressive nature which she uses to hit big ones. She also admits that this six hitting power came when she used to play with men in the formative days of her career. She said, “I like to bat in that way since childhood, I have learnt to play that way and played cricket with boys, who used to hit sixes and I liked hitting sixes. In the final (that India lost to England), we needed runs and I was going for runs, I played the shot thinking it will be fully covered, but it went into the fielder’s hand. I was very disappointed.”

Harmanpreet said that the big inning against Australia was not any different to her usual style of play as she likes to play aggressively. “I have played knocks like that in domestic cricket, I got a chance in international but never made a long score. That match was telecast and people saw it, we had the hunger to win ‘that match and I was happy that I played that knock when the team needed and the team won,” she said.

Kaur also admitted that her focus was always on team’s total rather than her own score and that is the reason that she did not worry about her fitness during the semi final against Australia. “It was not at all difficult in terms of fitness, as I like fitness and like to play football. There were injuries, but thanks to physio, I did alright,” she said.

Not thinking about captaincy: Harmanpreet Kaur