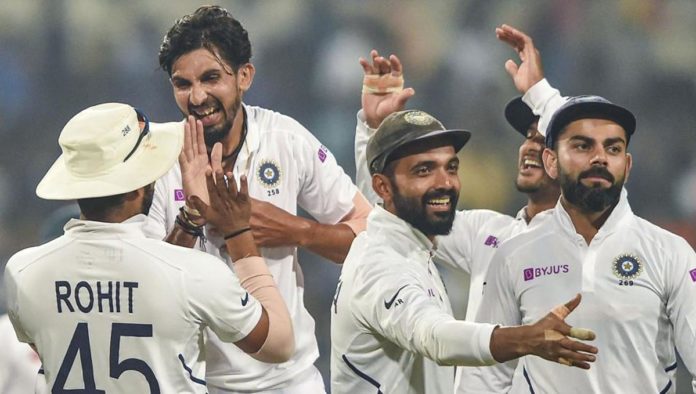 Team India is scaling heights with every match it is playing. It is on the top of Test Team Rankings with 119 points. It is playing and winning with great odds and numbers. The latest example is the Bangladesh Test series in which India won by 2-0 where India played their A-Game with the best batting, bowling, and fielding.

India has won seven out of seven test series in the ICC world test championships, out of which five were played at home. India has reached a whopping 360 points on the ICC World Test Championship Points Table after completing the 2-0 series win over Bangladesh on Sunday. 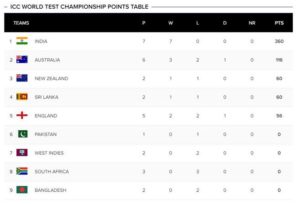 Under the captaincy of Virat Kohli, the fast bowlers are acing their game with just the wickets required to win. The bowlers like Ishant Sharma, Md. Shami, Bhuvneshwar Kumar, and Umesh Yadav are making the opposition team restless with their amazing throws and wickets taking at the right time. 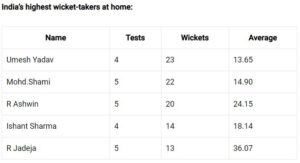 “Everything happens with time,” said India captain Virat Kohli. “They have gained more experience and now they are bowling well together. Now they take ownership of their training, their fitness, and everything. Shami was already in the system when I became captain, Ishant had played 4-5 years of Test cricket, Bhuvi was in the system, Umesh also came into Test cricket in 2012, Bumrah is a late addition but he has blended in very well too.”

Now not just Virat Kohli smashes century but Mayank Agarwal, Ajinkya Rahane, Rohit Sharma and Chesteshwar Pujara are picking up their paces, ready to strike down the opposition team with sixes and boundaries. 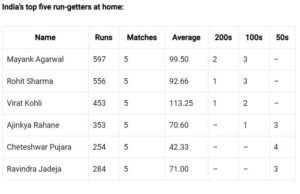 Team India is ready with its stellar performances and paving way for India to reach and remain on the top forever. India’s next Test series is in New Zealand in February 2020.