IND defeats SA to make a comeback in the series 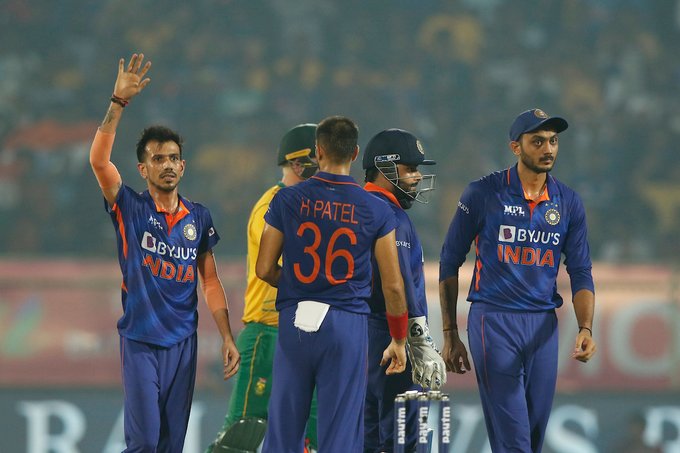 India played their third Twenty20 against South Africa on June 14th at the ACA-VDCA Cricket Stadium.

After consecutively losing two matches against SA, IND is in a must-win situation to still have a chance to win the series. If SA wins today, then they will also win the series.

SA won the toss and elected to ball first to their advantage. IND needs to set up a high-scoring game to win.

The openers came out to bat. They were in great form. The great cricketing shots by Ishan Kishan and Ruturaj Gaikwad were tremendous. Ruturaj smashed five back-to-back fours in the fifth over against Anrich Nortje.

Both of them were building a great partnership for IND as both of them completed their half-centuries. They formed a partnership of 97 runs for the first wicket. IND got their first breakthrough in the form of Ruturaj Gaikwad as he was caught and balled by Keshav Maharaj. A must-needed breakthrough for the SA team.

In the 12th over, Ishan Kishan hit two fours and a massive six against Keshav Maharaj to achieve his fifty. In the next over, Shreyas Iyer delivered the ball to the stands but also lost his wicket in the last ball while trying to play a sweep shot.

IND lost their third wicket in the very next over itself. The outstanding performance by Ishan also came to an end.
After the great start by the openers, a good end to the innings was also required. As came to bat, Hardik Pandya’s knock of 31 runs made IND achieve a total of 179 runs for the loss of five wickets.

IND made a good fighting total and knew it was time to defend it. It was time for the bowlers to do the task as the batsmen of SA had overshadowed them till now in the series.

It was seen as if the IND bowlers were not at all in the mindset to let the SA score, as there were frequent wickets taken by Yuzvendra Chahal and Harshal Patel, as they both took three and four wickets, summing up the entire batting line-up of SA for just a score of 131 runs.

IND came back into the series after the win. Yuzvendra Chahal was the Man of the Match for taking three wickets with an outstanding economy of 5.

#TeamIndia win the 3rd T20I by 48 runs and keep the series alive.