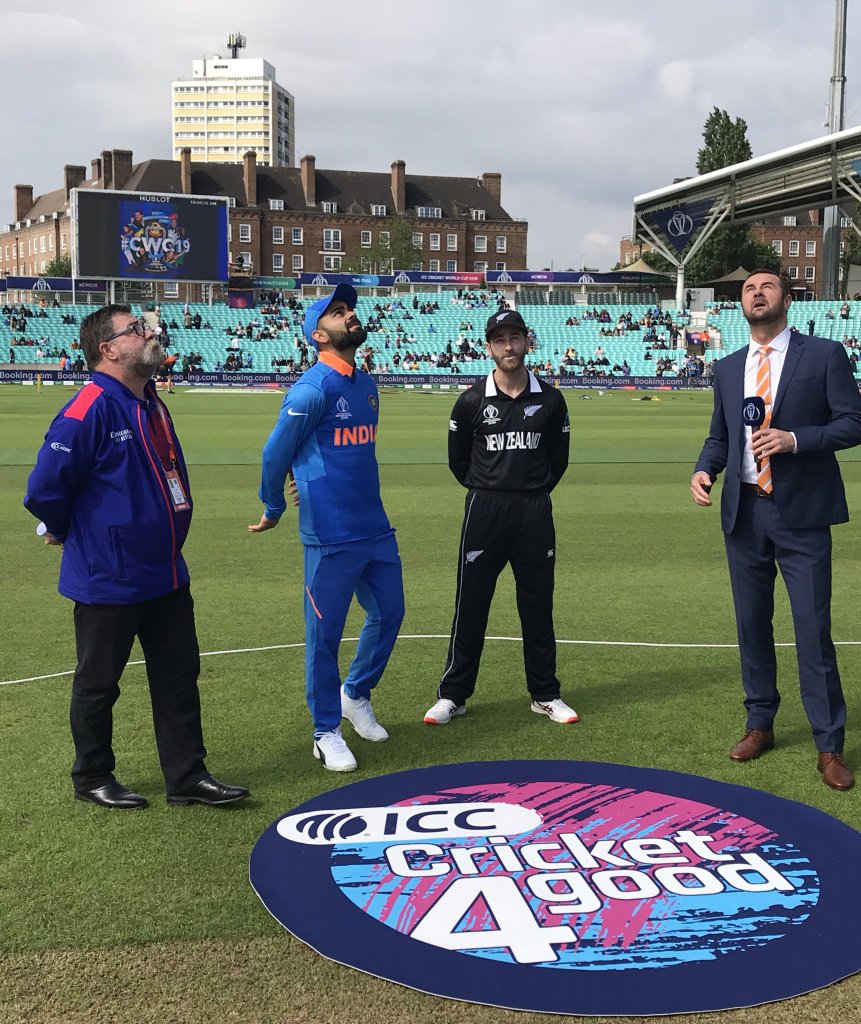 Nottingham, June 12 (IANS) India and New Zealand, the only two unbeaten sides in the ongoing World Cup so far, will look to dominate each other and prove a point when they meet on Thursday at Trent Bridge in Nottingham.

The Black Caps have been absolutely ruthless in the three games they have played so far in the tournament.

After defeating Sri Lanka by 10 wickets in their tournament opener, the Kiwis didn’t put their foot off the peddle and registered comprehensive victories against Bangladesh and Afghanistan in their next fixture.

On the other hand, India have also played like tournament favourites and have registered reaffirming wins over South Africa and Australia. However, they would be wary off the fact that they had to be at their absolute best against Kane Williamson’s side which defeated them quite convincingly in the warm-up fixture.

In that warm-up game, the Indian batsmen seemed to have no clue against the pace and swing from Trent Boult and other Kiwi pacers and were bundled out for mere 179 which the Black Caps chased down with ease at the Kennington Oval in London.

As Shikhar Dhawan is out for the game, the Men in Blue will hope that K.L. Rahul — who in all likelihood, will open the innings alongside Rohit Sharma – gives them a solid start and lay the foundation for the upcoming batsmen to score big and go full throttle against the New Zealand bowlers.

Also, it will be interesting to see whom they include in place of Dhawan. Either they can include Dinesh Karthik to strengthen their batting or they can go with either Ravindra Jadeja or Vijay Shanker who give them a bowling option too.

However, one thing which both teams would be looking at is the weather in Nottingham. The weather forecast is not good for Thursday and there are high chances that rain may play spoilsport in the game.

The pitch at Trent Bridge is easily one of the best batting wickets in the country but the overcast conditions would definitely assist the fast bowlers.

So, far the two teams have met seven times in all World Cup editions and New Zealand hold an edge of 4-3 against India. Thus, Virat Kohli would be looking to better that record.