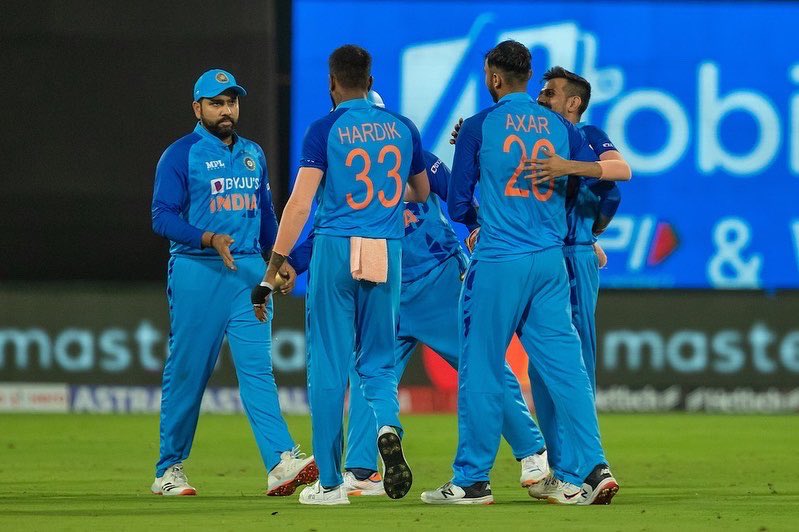 Australia came to India before the World Cup to fix the odds.

Despite the loss in the first match, the good news was about the batting unit.

The batting side has upgraded itself and is performing well and delivering as needed.

After the rain and wet outfield, however, the ground staff managed to put on the game.

Australia, batting first, put on a total of 90 runs for the loss of five wickets.

The opening knock by Aaron Finch of 31 runs gave them the start.

Bumrah dismissed Finch to put India back in the game.

As when Matthew Wade played great shorts to put up the total.

Indian batsmen came out to bat, and they played great shots.

The knock of 46 runs in just 20 balls by Rohit Sharma made the game for India, as they evened the series.

This match was the deciding match.

After India won the toss, Australia was allowed to bat first.

Cameron Green’s opening for the Australian side smashed his half-century.

He gave them the exact start they wanted when Axar brought India back into the game.

Tim David, coming in the middle to bat, played magnificently and completed his half-century.

Towards the end of the innings, Daniel cleared the boundaries and brought Australia to a total of 186/7.

India, on the other hand, lost their openers early in the game.

Virat and Suryakumar together form the match-winning partnership.

They both formed a partnership of 104 runs and even completed their half-centuries.

In the last over, Virat lost his wicket to Daniel, and then Dinesh came in to bat.

Dinesh came and hit a four as India won the match as well as the series.

As the series ended, India pushed themselves, and they even fixed the bowling attacks.