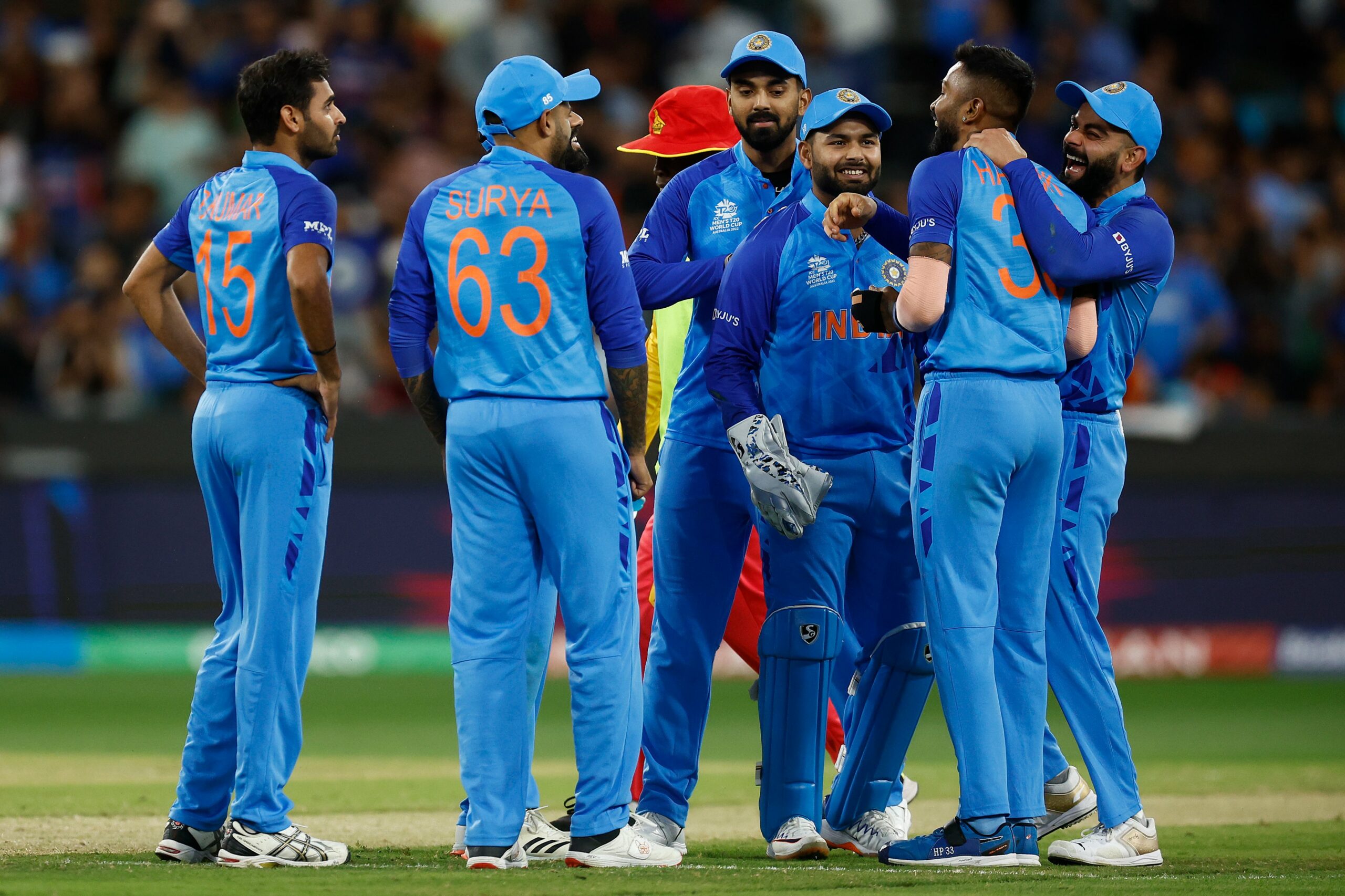 After the Netherlands defeated South Africa, India already secured their spot in the semi-finals.

India’s last match in the group stages was against Zimbabwe.

Pakistan won over Bangladesh and made them claim the first
position in the group stages.

If India wins the match, they will finish at the top of the table and play England in the semi-final at Adelaide.

And Pakistan will face New Zealand in the first semi-final.

If India loses, they will face New Zealand, whereas Pakistan will face England in the semi-final.

KL Rahul and Rohit Sharma opened the innings for India.

They both started the game with great shots and boundaries.

Rohit’s lack of form continued as he lost his wicket, giving an easy catch to Masakadza.

KL and Virat took over the innings as Virat lost his wicket.

Rahul completed his half-century but yet again lost his wicket on the next ball.

Suryakumar, the man in form and main backbone of the Indian batting line-up, came in to bat.

Their mind-blowing shots by him mesmerized everyone, and it was a great pleasure to watch him bat.

Wessely Madhevere and Craig Ervine opened the inning for Zimbabwe.

Bhuvneshwar Kumar, striking from the first ball, took the wicket of Wessely.

In the next over, Arshdeep bowled Regis Chakabva.

Indian bowlers gave them frequent breakthroughs as none of the batsmen were able to score runs.

Every Indian bowler clinched at least one wicket from the Zimbabwe team.

The bowlers took all the wickets of Zimbabwe at a score of 115, as they won by a huge margin of 71 runs.

By this, India will be placed at the top of the table and will play England on November 10th at Adelaide.