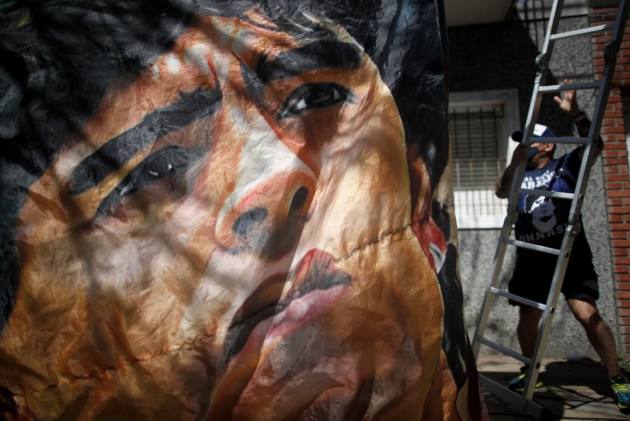 In the memory of Diego Maradona, a world-class museum is expected to be built with a gold sculpture as it will be the main attraction as this was revealed by a businessman from Kerala. The soccer star had previously visited Kerala due to the efforts made by Boby Chemmanur. The sculpture is expected to indicate the Hand of God as the former Argentinian legend believed it to be an important and crucial goal in the year 1986 playing in the World cup which they occasionally won.

The proposed museum is to return up in Kolkata or in south India, he told a news conference in Kochi.

It will showcase Maradona’s professional and private life, he said.
Boby Chemmanur also revealed that the museum will blend the aesthetics of art and technology.

He further added by saying that this gold sculpture of Maradona will be the main attraction on several acres of land.

Recalling his “close friendship” with Maradona for a decade, Boby Chemmanur said the connection began with the footballer at Dubai in 2011.

A Chemmanur jewellery showroom in Dubai was also integrated by Maradona later on.
A miniature gold statue of his own figure was gifted to Maradona. Accepting it, the soccer star expressed the will to ascertain his life-size gold sculpture associated with “The Hand of God”, he said.

He further added that he is delighted to have fulfilled Maradona’s desire.
The “Hand of God” goal was scored against England within the quarterfinals of the 1986 World Cup.

After the Argentinian signed the deal in March 2018, The Boby Chemmanur Group, headquartered in Thrissur, had Maradona as its ambassador.

For 2 days at least the Argentinian legend was within the northern side of the state during 2012 in October in order to inaugurate the likes of Chemmannur Jewellers in Kannur.