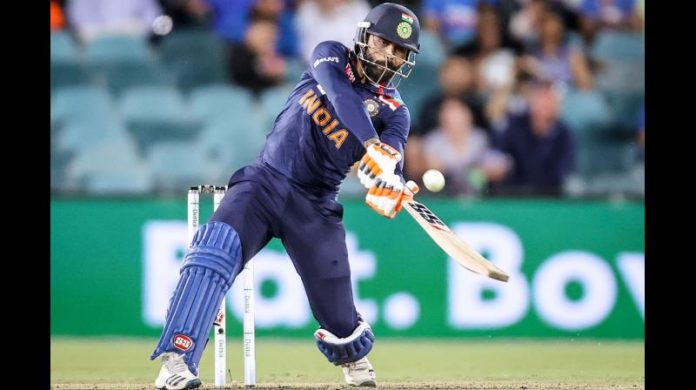 A heavy blow to the Indian team as their star all-rounder Ravindra Jadeja might miss first test game against Australia due a hamstring injury and concussion that was reflected during the first T20 International.

The 32-year-old, who is on the cusp of his 50th Test, is probably going to be out for a minimum of three weeks which certainly rules him out of the primary Day/Night Test in Adelaide starting December 17.

In case it seems to be a hamstring tear, it could well rule him out of the second Boxing Day Test in Melbourne from December 26.

According to a BCCI source, it has been reported that Jadeja will be asked to rest for at least 7-10 days as it the rule of BCCI that a player must stay out of the field for a period of time after a head injury so it is most likely that Jadeja will miss the day-night test match.
The source further added that this makes it far from impossible for Jadeja to make a return during or before the first test.

However, quite a concussion, it’s understood that the hamstring injury is probably going to stay Jadeja out of action for a minimum of one Test if not two.
In fact, one among the on-air commentators, during the second day of the warm-up game between India A and Australia A, said that “news is Jadeja is out for 3 weeks” due to concussion.

However as per BCCI sources, while he’s recovering well from a concussion, to be fully fit from a dodgy hamstring may take a while.
Jadeja has been a daily feature whenever India has gone with one spinner in overseas Test matches.

Jadeja’s injury will definitely mean that Ravichandran Ashwin is going to be the only spinner as he had looked stronger than young left-arm Kuldeep Yadav during the warm-up match against Australia A.