The Indian Wire » Sports » India VS Pakistan : The legacy of defeating Pakistan continues 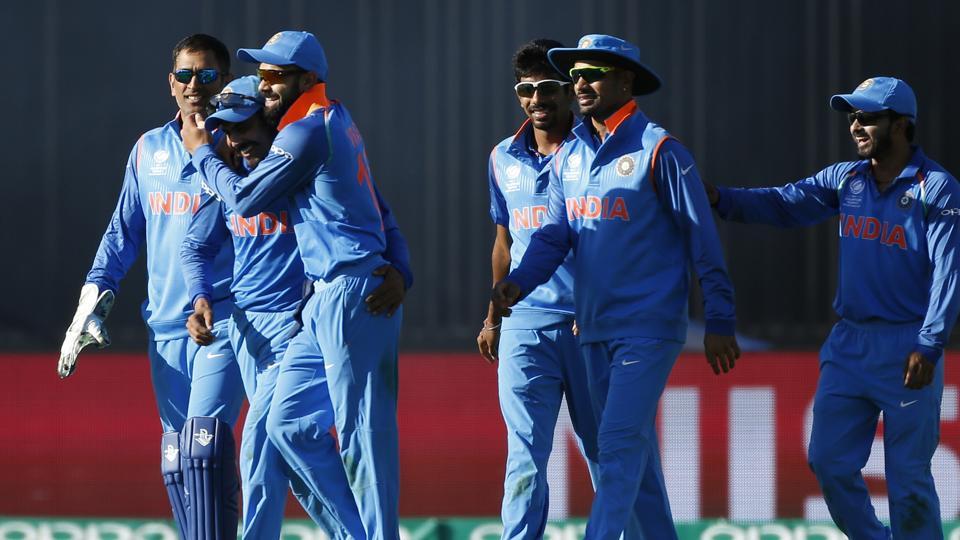 India defeats Pakistan by 124 runs. Kohli says that improvement in the fielding department will make them a strong side.

The epic battle between the neighboring countries is finally over and the result is as expected. Kohli and his boys performed exceptionally well and didn’t give Pakistan any chance to celebrate. Kohli, despite of being surrounded by so much controversies regarding the ‘rift’ between him and the coach, smashed 81 runs out of 68 balls and shutting the mouth of all his critics. A massive crowd of consisting of around 25000 people gathered to witness the India vs Pakistan match, being the largest ever attendance recorded at the Edgbaston.

The match started with Pakistan winning the toss and choosing to field first, and probably that was the only thing in favor of Pakistan. The opening pair, Rohit Sharma and Shikhar Dhawan came to bat. The run rate in the initial overs was a bit slow but as both the batsmen became set, they started showing their explosive side. Shikhar Dhawan played a destructive innings and made 68 out of 65 balls while Rohit Sharma scored 91 off 119 balls. Yuvraj Singh made the fastest fifty in the history of ICC Champions Trophy proving that he is still fit to play. Despite of Rohit, Shikhar, Kohli and Yuvraj making big scores, the final touch was given by Hardik Pandya thrashing 20 runs in just 6 balls and hitting 3 sixes in a row. Because of rain, the game was stopped for a long time which reduced the Indian inning to 48 overs only. A huge target of 320 runs was given to the opposition.

From the Pakistan side, Azhar Ali and Ahmed Shehzad opened the innings. Rain again interrupted the game and the opposition was given a target of 267 runs in 41 overs. But as expected, the Pakistan side collapsed in just 33.4 overs. The wicket taking bowlers from the Indian side were Hardik Pandya(3 wickets), Bhuvneshwar Kumar(2 wickets) and Umesh Yadav(1 wicket). Highest run scorer in the second innings was Azhar Ali (50 runs).

In the post match presentation, Kohli said,“With bat and ball we were nine out of 10, in the field we were six today. If we tune that up to eight or nine we will be a strong side, it was a very complete game for us.”

“We do the basics wrong, we do the simple things wrong,” said Pakistan’s coach, Micky Arthur. “The only thing I can think of is the magnitude of the occasion got to them.”

However, the type of performance displayed by the Indian in the batting and bowling department yesterday is a sign that they are all set to defend their title as defending champions.