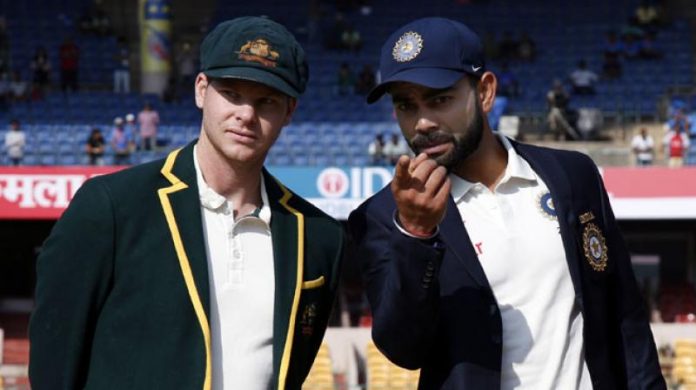 At the end of this year, it is the Indian Cricket Team who will be playing Australia in Australia and will indulge in a white ball series right before the test match.

This can be considered as a break for the Australian Cricket Team as the Indian Team will be coming to play all the 3 formats of Tests, ODI’s and T20’s.

Before the start of the test series, it will be a white ball which will commence the start of the tourney. Meanwhile, the venues of the matches include Adelaide, Melbourne, Sydney and Brisbane. All the four test matches will be played between December 17th and January 19th.

The tour is confirmed and the match will take place at the end of this year as Earl Eddings the CA chief is in contact touch with the BCCI president Mr Sourav Ganguly.

Eddings believes that the matches will be played 100% as he has spoken to Sourav Ganguly on multiple occasions and is looking forward to meeting and finalizing the tour.

It has been reported that the Virat led side will not face much quarantine restrictions or protocols as they will be landing in Brisbane. Even though there are severe restrictions in the city.

On the other hand, the skipper of Australia Tim Paine has rejected any sort of fear that he has on his mind regarding the star Australian players that are performing in the IPL right now as they might lag behind in preparation for the much-awaited series against India coming in a few months.

Several Australian stars which include the likes of David Warner, Steve Smith, Pattinson, Hazlewood and Cummins are all part of the IPL playing for their respective franchises.

The cash-rich league will end on November 10th with the final being played on Tuesday. On the other hand, New South Wales and Victoria will be playing the final game of Australia’s domestic Sheffield Shield which will begin in Adelaide this week.

According to Paine, it is difficult for the players performing in IPL to participate in the domestic league of Australia as looking forward to the quarantine protocols and the upcoming series against India is also not far.