At the end of first innings, no-one in their wildest dream would have thought of such an outcome, however, as the game proceeded, RCB were routed for lowest ever IPL total. Chasing 132 on the new Eden Garden pitch, RCB did not manage to even play 10 overs and none of their batsmen could touch the double digit score.

After winning the toss, Royal Challengers Bangalore decided to bowl first on a wicket which seemed like an okay pitch for both, bowlers and batsmen. KKR’s new choice opener Sunil Narine once again got off to a flyer with 18 runs coming in the first over. The opening partnership scored 48 runs in 3.4 overs, out of which, Gambhir scored just 14 off 11. Rest of the batting did not seem so motivated and KKR kept losing wickets on regular intervals. Narine top scored with 34 off 17 balls and none of the other batsmen impressed.

RCB had a disciplined show of bowling led by Yuzvendra Chahal who took 3-16 in 4 overs. Pawan Negi and Tymal Mills picked 2 wickets each for 15 and 31 runs. RCB tried 6 bowlers and everyone picket at least one wicket. Chahal provided break anytime KKR looked to build a partnership and played a big part in restricting KKR to 131.

Once the RCB innings started, fans must have hoped for an easy win, provided the kind of batting line up the team has. However, the first wicket came in the first over with Virat Kohli getting out for a first-ball-duck. Other big names, Mandeep Singh, AB DeVilliers and Kedar Jadhav, all got out before the end of 5th over and RCB’s chances of winning started to diminish. By the end of 8th over, RCB had lost 7 wickets and none of their batsmen looked comfortable against KKR’s disciplined bowling and aggressive field placement by Gautam Gambhir. None of the RCB batsmen could reach double figures and ultimately, the team was all out for 49, the lowest team total ever in IPL. The last record for lowest IPL total was held by Rajasthan Royals, who had scored 58 against RCB in 2009.

KKR used only 4 bowlers and collectively they produced an amazing display of aggressive bowling. The field placement also played a part in building the pressure on the new batsmen and resulted in a 82 run win for the home team. Coulter-Nile started the proceedings by getting Virat Kohli and AB DeVilliers within his first 2 over and accounted for Kedar Jadhav later to finish with 3-21 in 3 overs. Chris Woakes and Grandhomme then went all over RCB and picked up 3 wickets each for just 6 and 4 runs respectively. Umesh Yadav also got a wicket of Mandeep Singh.

Though no-one expected things to unfold in such a fashion at the end of first innings, KKR have shown that their batting and bowling units are equally dependable. With this, KKR retain their 2nd position and RCB will have to work way too hard for getting a chance toward making it to playoffs. 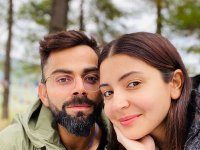