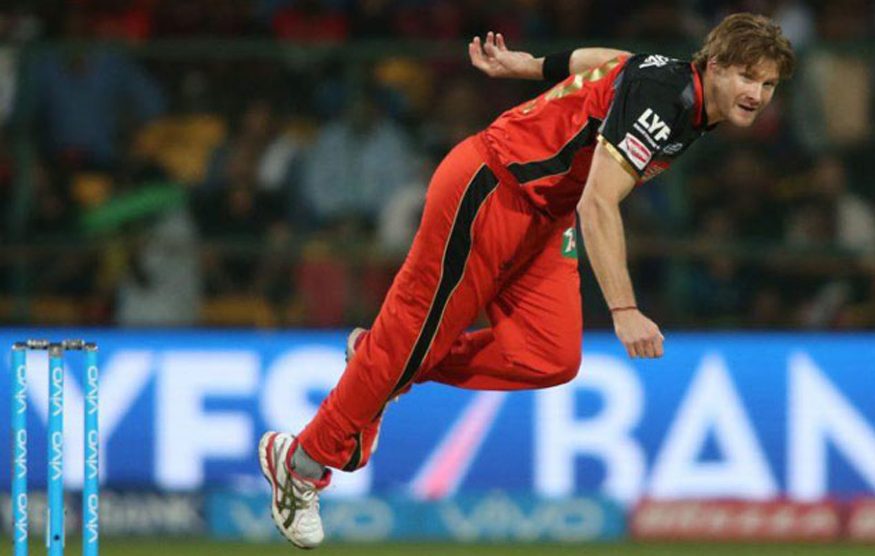 It was only the fifth time that a team winning the toss decided to bat first in night games at Chinnaswamy Stadium Bangalore and it proved to be right for the home team as they registered their first win of the season by defeating Delhi Daredevils. Shane Watson gave away just 7 runs in his last 2 overs to turn the tables in a match which surely looked in Delhi’s pocket at the end of 16th over with Delhi needing 37 off 24 balls.

This was also the first time since 2015 that a team defended a total of less than 200 at this stadium. Batting first, Royal Challengers Bangalore could manage only 157 runs, out of which, 69 came off Kedar Jadhav’s bat. The team had a slow start and that continued till Jadhav provided some late blows to help his team reach a respectable total. Jadhav looked in a great touch in his knock (37 ball 69), however, he could not get enough support from any of his teammates. Shane Watson scored run-a-ball 24 at top of the order and rest everyone struggled against a great bowling effort by Delhi bowlers.

16 overs by Delhi’s four strike bowlers went for just 93 runs. Only Amit Mishra, who came as the fifth bowler, went for runs and Carlos Brathwaite, who was called in to help finish the remaining 2 overs, too ended up on the receiving side. Both these bowlers gave away 61 runs in 4 overs. Shahbaz Nadeem was the most economical bowler for Delhi and he gave just 13 runs and took a wicket in 4 overs. Chris Morris had 3-21 in his 4 overs. Captain Zaheer Khan gave 31 runs and picked wickets of Kedar Jadhav and Stuart Binny.

Delhi had a decent start and their openers added 33 runs for the first wicket. The target never seemed too big and at one point in 12th over, Delhi were looking comfortable with score of 84-3 in the 12th over. With continuous wickets falling at the other end, Rishabh Pant kept hitting strokes to try and take the team home. With Delhi needing 37 off 24 balls at the end of 16th over, Shane Watson checked the scoring by giving away just 7 runs in his two overs. Rishabh Pant had the hopes alive for Delhi all the ball he got out. None of the last 6 Delhi batsmen could get to the double digits and that added extra pressure on Pant. He was out on the first ball of the last over and with him, the hopes for Delhi too ended.

The bowling attack by RCB looked way too mainstream before Watson stepped in to control the progress. In last two overs, Delhi needed 21 runs and Watson gave just 2 to make it 19 needed off the last over. In the final over, RCB had Iqbal Abdulla’s one over remaining, however, Watson preferred Pawan Negi and he did not disappoint the captain. Negi picked a wicket on the very first ball he bowled of the season and with that, he ended any chance Delhi had in the game. Chahal was impressive as well with figures of 1-19. Billy Stanlake and Tymal Mills gave away 29 and 33 runs and picked 2 and 1 wicket respectively. Abdullah was expensive with 2-36 in 3 overs.

Delhi lost the game, however, the teenager Rishabh Pant showed great character and kept Delhi in the hunt till the last over. Provided, he was playing the game just 2 days after losing his father. If it was not for Watson and the las over heroics of Negi, RCB would still be looking for their first points in the tournament.