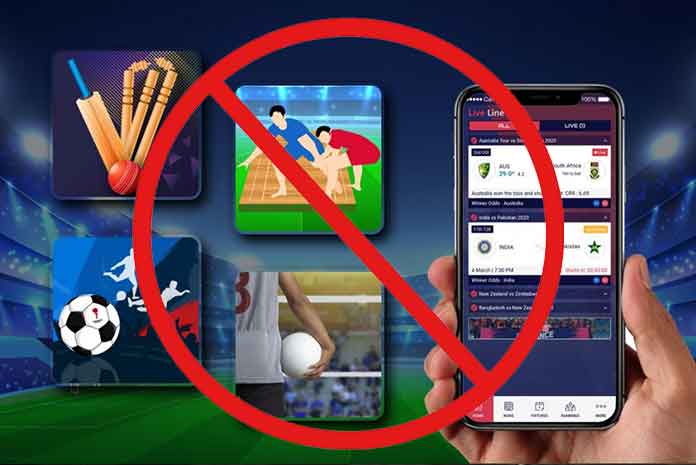 The fantasy cricket app is now banned in 6 states of India. As reported by InsideSport, during a major setback for IPL 2020 title sponsor Dream11 Fantasy fans won’t be ready to play fantasy games in Andhra Pradesh now. The government has banned all online gaming platforms within the state. But Andhra Pradesh isn’t the sole state where now FANTASY Fans can’t participate within the paid contests of Dream11.

According to Dream11’s own declaration alongside Andhra Pradesh, fantasy fans in Assam, Odisha, Telangana, Nagaland, and Sikkim also will not be ready to participate in Dream11 and online gaming on other fantasy platforms.

“Due to recent changes to the Gaming Act within the State of Andhra Pradesh, users from Andhra Pradesh won’t be ready to join paid contests on Dream11.

The residents of Assam, Sikkim, Telangana, Nagaland, Odisha will not be able to participate in the fantasy app as the law is unclear on games of skills may be played for a fee. They are not allowed to play any online games as it is confirmed by Dreamm11 on their official website.

The investments of fantasy cricket league platform in IPL to cross over 500 crores. Will they get ROI’s?

The Andhra Pradesh Cabinet has decided to ban online gaming and betting platforms and gave its consent to changes within the AP Gaming Act – 1974, imposing stringent punishment to those charged with gambling. An order was passed by the Andhra Pradesh Government to amend the Game act in 1974 which had immediately come into effect.
Calling it the Andhra Pradesh Gaming (Amendment) Ordinance, 2020, the govt of YS Jaganmohan Reddy prohibited (i) collection or soliciting of bets; (ii) receipt or distribution of winning or prizes in money or otherwise in respect of any wager or bet; (iii) any act which is meant to assist, induce, solicit or facilitate wagering or betting or such collection, soliciting, receipt or distribution and (iv) any act of risking money or playing stakes or otherwise on the results of a game or an occasion including on a game of skill.

According to new laws, people will face 6 months of imprisonment if found to use the app and 2 years of jail if found guilty again. this suggests within the home of Sunrisers Hyderabad, nobody is going to be ready to participate in any contest on Dream11 or the other fantasy platform.
Dream11 was started in 2008 by Harsh Jain and Bhavit Sheth, and in only over a decade, it’s turned not only into one among the most important mobile gaming platforms within the country. The 500 crore mark is set to be crossed in terms of investment.
Dream11’s current commitments on the game of Cricket –
– The official title sponsors of IPL 2020 is Dream11 with 222 crores.
– Before taking IPL 2020 title sponsor, Dream11 was the associate central sponsor of IPL and was paying 40 Cr per annum to BCCI
– Dream11 is sponsoring 6 IPL teams
– Dream11 is additionally a Co-Presenting partner with Star Sports and spending 120 Cr
– Live Streaming of IPL 2020 on Disney+ Hotstar is also sponsored by Dream11
– Dream11 is that the associate sponsor of Indian Cricket 1.07 Cr per game
– International Cricket Council’s associate partner for all ICC events is Dream11
– Dream11 is NewZealand Cricket Partner
– The bilateral tours of Indian cricket is regularly sponsored by Dream11
– Dream11 may be a sponsor of CPL 2020
But now the large question is amid the ban, will Dream11 get a return on their investments, unlikely says most of the industry experts. Dream11, paid BCCI INR 222 crores to shop for the title rights of IPL 2020, is using several Indian cricketers like MS Dhoni, Hardik Pandya, Shikhar Dhawan, and Rishabh Pant to advertise its fantasy app. This Ordinance has come as bad news for not only Dream11 but also for other big fantasy cricket operators, who like Dream11 also are armed with huge marketing budgets.
There are four other fantasy apps that are being endorsed by various other cricketers like BCCI President Sourav Ganguly, Virat Kohli, and Virender Sehwag who also will come under strain due to the ordinance by the AP Government.