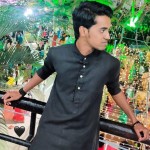 The entire Squad of RR and KXIP have tested negative thrice during their isolation period. Both the teams arrived in the UAE last week. This is the first time that both the teams will have a proper training session after overcoming all the mandatory procedures.

The players are expected to train in the evenings due to the overwhelming heat of Dubai. The first batch of teams to arrive on Thursday were KKR, RR and KXIP where Knight riders are based in Abu Dhabi along with their entire team, however RR and KXIP are based in Dubai.

According to the Standard Operating Procedure of BCCI all the players were tested on day 1,3 and 6 and are now allowed to get along with their training sessions ahead of the IPL season.

During the quarantine period the players had to follow strict protocols and were not even allowed to leave their hotel rooms.

News coming in from the Royals team have confirmed that all the players who have made their way from India have tested negative and resume their training.

The hard hitter of the ball David Miller who had joined the Royals from KXIP will be joining the squad after completing the quarantine period as he landed in the UAE on Tuesday.

Different player but same story goes for another cricketer from South Africa Hardus Viljoen. He will also join the team after six days of isolating himself.

News coming in from KXIP claim that their players who have departed from India on 20th and after have already cleared all the tests and quarantine period. This means that they are ready to start their initial training camp.

Some other teams who had landed in the UAE on Friday include some big names such as Mumbai Indians, Royal Challengers Bangalore and the mighty yellows Chennai Super Kings. These teams will be completing their quarantine period on Thursday.

The BCCI has done all the possible arrangements to produce a Bio-secure environment for the players and every other person present inside the bubble. The season is set to begin on September 19 and will continue until November 10.

The craze of IPL across India is quite astonishing but this year the spectators have to bear the damage of the pandemic as this is the first time the entire season of IPL is being held outside India.

Back in 2009 due to the general elections the season was conducted in South Africa and in 2014 a part of the IPL was played in the UAE.