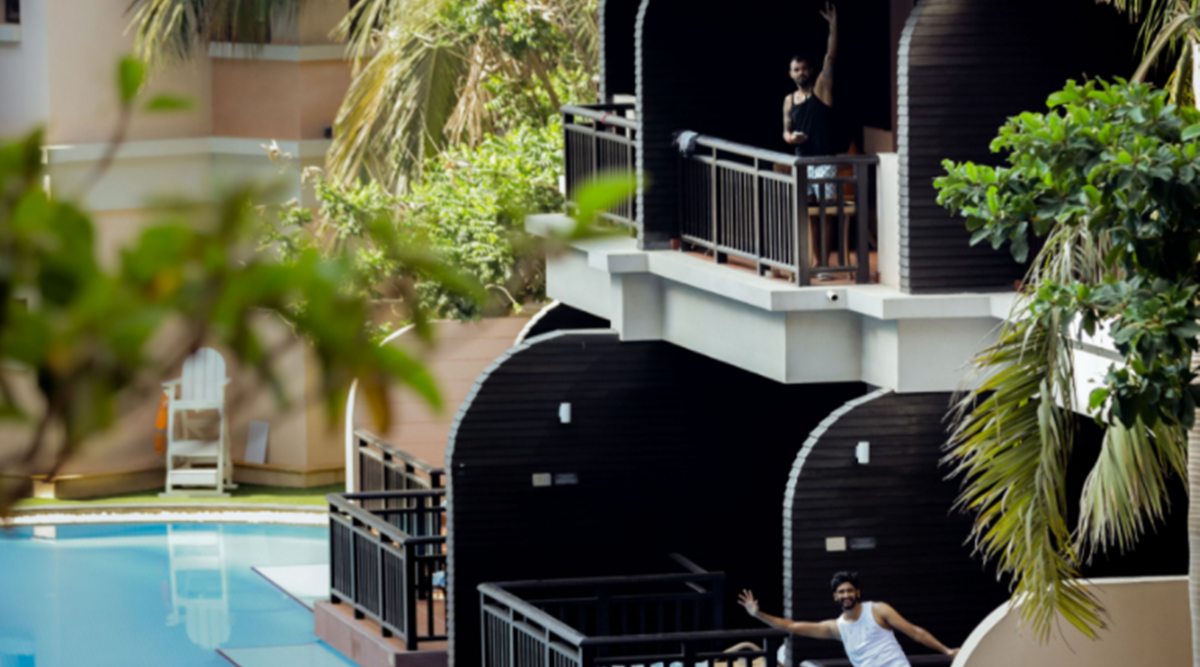 It is expected that the players will have to follow some strict rules inside the Bio- bubble. The players are not allowed to enter each other’s room and are allowed to meet each other only at the doorsteps by maintaining strict social distancing with each other.

Some of the best and unique questions that were raised by the Players during the webinar which was conducted by the IPL officials on Monday were, How are they supposed to get a haircut if required? Why can’t they reach out to their teammates in different rooms and maintain social distancing there? Are they allowed to hug or give high-fives during their photo shoots? Is PPE kit necessary for the barbers and makeup artists? Can they opt for saliva testing rather than nose swab for covid tests? Are they supposed to wear the Bluetooth band 24/7? These were some of the best questions raised by the IPL stars.

The most difficult rule and the most important question that was raised by the players was regarding the prohibition of going to another player’s room. This protocol is to be followed throughout the tournament not only during the quarantine period. They are allowed to meet at certain designated areas only if they can manage to follow the social distancing by staying 2-metre away from each other.

Warning Alarms Linked to the Bands

All the players are provided with a special band which they are allowed to remove only when they go to sleep. The special Bluetooth wrist band is designed in such a way that it would sound an alarm if the social distancing rule is broken. It is also reported that the family members who have travelled with the players will also have to wear the bands and follow the rules.

Following the transportation protocols, the players have to sit in a zig-zag manner to avoid any sort of contact between them. The players are not even allowed access to the hotel lobby.

Jaydev Unadkat from Rajasthan Royals broke the silence and has his say on this difficult situation. He believes that the most difficult part is to stay away from the teammates as they need someone to talk to when they are away from home for such a long period of time.

This was the most unpopular and unfavourable restriction according to the players. The webinar was held by the BCCI’s interim chief executive officer Hemang Amin alongside the anti doping manager Dr Abhijit Salvi and Indian team Physio Nitin Patel.

Another troublesome issue took place when Mumbai Indians carried a hair-stylist along with the team to UAE whereas the Royals have been reported to book a private beach only for the use of their players. A player from another team had a laugh on Mumbai Indians by saying that he will have to cut his own hair as they have not brought any barber along with them.

Some other important updates include that the players will not be allowed to have food from outside and are only open to the food served from the hotel. The players used to gang up in certain rooms to have a talk or some gaming but unfortunately this won’t be possible in this year’s IPL. They will only be allowed to meet in the pool, gym or team room where they have to keep a distance of at least 2 metre between each other.

Finally coming up to the photoshoots and hairstylists, they will have to wear PPE kits during their assigned jobs to make sure there is no contact.