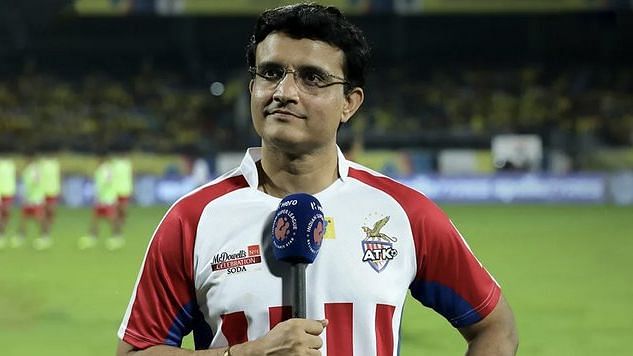 After the successful lead take by the Indian Premier League Sourav Ganguly now believes that the Indian Super League which is set to start from Friday will inspire and motivate the other sports in India to resume smoothly. The president of the BCCI is involved s involved in football as he is attached with ATK Mohun Bagan.

During an Instagram Live session held by ISL, it was Ganguly who lead the talk and spoke how it is the right time for football to take place as cricket has just finished. He spoke about the passion he carries for football as being born in Calcutta and following the sport since a very young age and being attached to ATK Hohan Bagan since the start of ISL.

He further added that the attachment has got deeper due to the positive results coming from the team as they have won the title 3 times an look forward to playing good this season as well.

A lot of other sports would be inspired by ISL to reopen and get back to normalcy according to Ganguly.

With the bio bubbles being created it is expected that the ISL would go on smoothly without any hiccups. Domestic cricket would be starting in the new year if the ISL goes on pretty well. He also said that Bio Bubble has shown it’s worth as it gave a positive response during the IPL season. This will send a message to all the sports in India to reopen who are still in doubt ahead of the game.

Ganguly look’s into the future and believes that ISL will grow and we just need to give it 10 years. With football, there’s no immediate fix we need to give it a lot of time. They look to increase the number of teams being involved as it was 8 before and now they have 11. They look to bring interested parties back to the ISL.