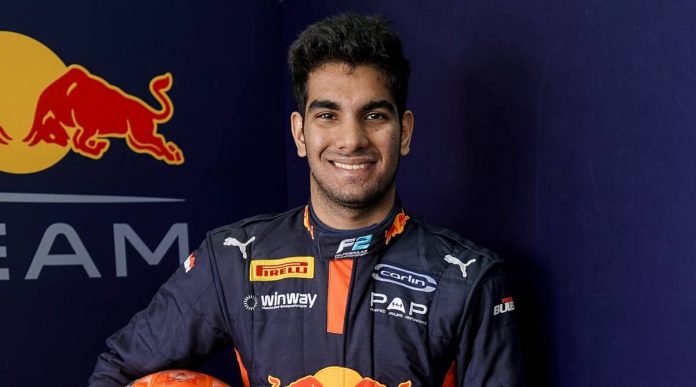 History has been created as on Sunday it was a driver from India who won a Formula 2 race. This major and fortunate event was witnessed in Bahrain as Daruvala who races for Carlin left behind Yuki Tsunoda,  Mick Schumacher and Dan Ticktum to emerge victoriously.

The Sunday’s race was absolutely spectacular as the win or lose ratio was defined by only 2.9s and Daruvala won the race in Sakhir by that small margin. Tsunoda and Ticktum came 2nd and 3rd respectively.

Despite missing the podium on Sunday, the son of legendary Michael Schumacher – Mick will be joining the Haas at Formula 1 as he is the reigning F2 champion.

The 22-year-old Daruvala finished at the 12th spot in the standing of F2 drivers but is determined to overcome the upcoming obstacles and plan his way to climb higher.

After his maiden F2 win he spoke to the press and stated that he was delighted on thinks to have worked for him as he never stopped believing in himself and ending the season on a high note like this feels wonderful.

He expects himself to be ready next year to compete in the  FIA F2 Championship as this victory will give him a lot of confidence.

‘I have a big fan base back home’

Jehan Daruvala and Daniel Ticktum had a stimulating duel from the word go because the Indian driver got off to a robust start from second on the grid. With just but 10 laps to travel, Jehan came up with an excellent move to urge past Ticktum.

While Jehan maintained the cause get past the chequered flag for the primary time in an F2 race, his teammate, Tsunoda overtook Ticktum at the top to end 1-2 for Carlin.

“Motorsport is pretty big in India. We obviously have tons of individuals, so I even have an enormous fan base back home, and my goal at the top of the day is to try to improve and make my country and country people proud.

In order to stay sharp at the end of the grid, we need to work hard as we do not have the kind of facilities the people have in Europe.