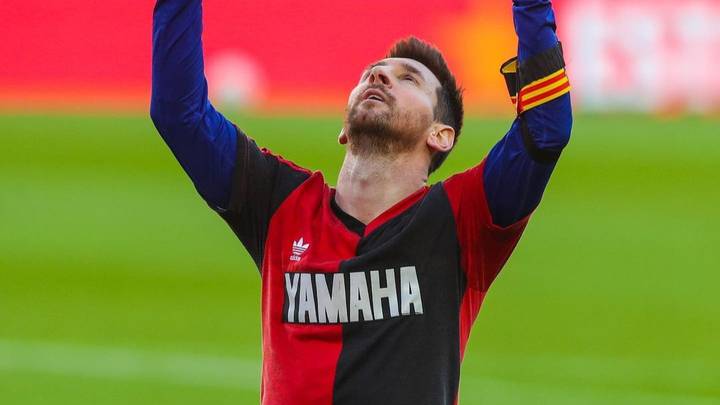 The captain of football team Barcelona Leo Messi has been fined €600 by the Committee of Competition due to the gesture during the match against Osasuna after Messi received a yellow card for paying a tribute to the great Argentinian legend Diego Maradona.

After scoring a goal against Osasuna, Messi was booked for as he paid tribute to late Diego Maradona by removing his Tshirt and revealing the Newell’s Old Boys t-shirt beneath.

Due to the code of conduct and the breach of protocol, Messi has been fined €600 and a warning has been issued as breached Article 91 of the Disciplinary Code.

Barcelona has also been fined €350 under Article 52 of the Disciplinary Code.

It is expected that Barcelona might appeal for a sanction keeping in mind the previous incidents involving the likes of Cristiano Ronaldo and Jose Callejon.

The match referee has no other option other than to book the captain of Barcelona after the gesture. The yellow card came out in the 73rd minute following Messi’s tribute.

The report from Lahoz means that this incident is now marked in the history of Spanish football.