India is a growing sporting nation. In India, we can see a number of sports played on a daily basis. Various people in India group up playing more than one sport in India. In a country of so many sports, it is mandatory for the Nation to have had hosted a few world championship on its own. 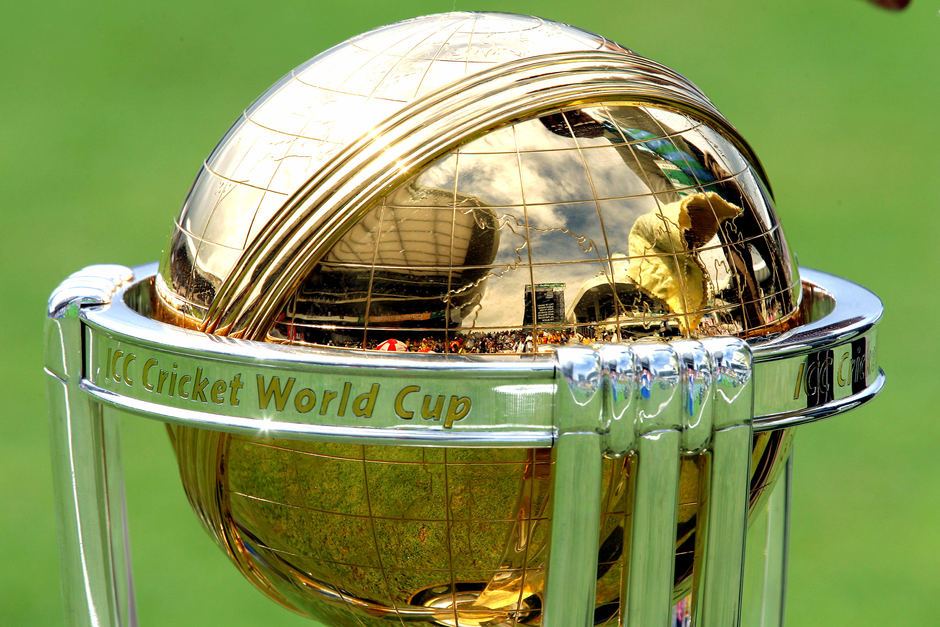 The International Cricket Council holds a Cricket World cup every four years. India is a top Cricketing nation and hence hosting a Cricket World Cup is an absolute necessity. Until 1987 World Cup, England had been the sole hosts for the First three World Cups. However, the 1987 World Cup saw a shift in Venue to the Asian Continent.

India and Pakistan were co-hosts of the World Cup. This was the fourth edition and its official name was Reliance Cup 1987. The shift in venue came with few changes along with it. The game was reduced to 50 over aside, due to shorter daytimes in the Indian sub-continent. Furthermore, there was the introduction of the 30-yard circle. This World Cup also saw the use of Red balls and complete white kits for the last time in limited overs format. All seven teams holding Test status qualified for the competition. Alongside them, the winners of the 1986 ICC Trophy qualified for the World Cup. It followed a Round robin and Knockout format. Australia defeated England by 7 runs at Eden Gardens to win their First title of World Champions.

Eight years after hosting the first World Cup, India hosted the 1996 World Cup. Pakistan and Sri Lanka joined them in hosting the 6th Edition of the Championship. Its official name was Wills World Cup 1996. India hosted 16 matches at 16 different venues. The tournament also saw an increase in participants from 9 to 12 teams. Just like other World Cups, it followed the Round robin and Knockout format. The United Arab Emirates, Kenya and the Netherlands made their World Cup debuts in the tournament. The tournament was won by Sri Lanka, who defeated Australia in the final at the Gaddafi Stadium Lahore,  Punjab (Pakistan).

The ICC World Cup returned to India after 15 years. However, alongside India, it was jointly hosted by Sri Lanka and Bangladesh. Cricketing giants Pakistan were also supposed to host the world cup, but after a terrorist attack on the Sri Lankan Cricket team in 2009, they were stripped of the status and its matches were redistributed between the other three countries. It followed the group-cup-knockout stage. 14 teams participated and the first round of the tournament would consist of two groups of seven teams. Each team in a group would play all the others once, and the top four from each group would qualify for the quarter-finals. This ensured that every team would play at least six matches.

30 matches were played across 8 stadiums in India, including one quarterfinal, one semifinal and the Final. The rest were played in Bangladesh and Sri Lanka. India under the leadership of M.S Dhoni regained the World Cup in Wankhede stadium, Mumbai after defeating co-hosts Sri Lanka by 6 wickets. 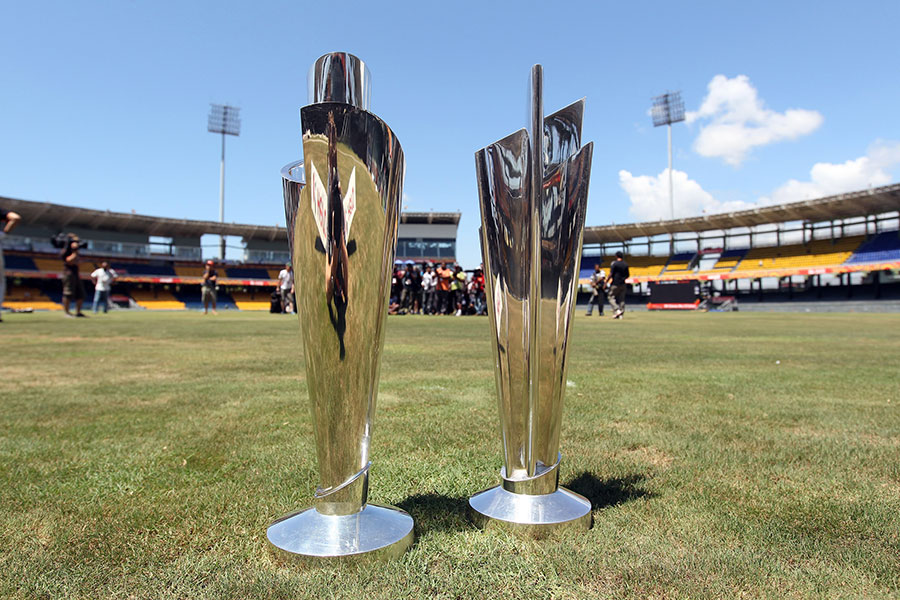 The 2016 ICC World Twenty20 was the sixth edition of the ICC World Twenty20. A world championship for the shorter version of cricket- 20 overs per side. It was held in India from 8 March to 3 April 2016. And by doing so, it became the first edition to be hosted by India. There were 16 participating teams, ten qualifying automatically through their status as full members of the ICC, and another six qualifying through the 2015 World Twenty20 Qualifiers.

It followed the group-cup-knockout stage. The tournament was divided into three stages. In the first stage, the eight lowest-ranked teams played off, with the top two joining the eight highest-ranked teams in the Super 10 stage. Finally, the top four teams overall contested the knockout stage. In the final, played at Eden Gardens, Kolkata, the West Indies, led by captain Darren Sammy defeated England by four wickets to win their second title.

During the same time, the ICC Women’s T20 world cup was also held in India. The tournaments 5th edition saw 10 teams battle against each other. West Indies Women bet Australian women by 8 wickets. West Indies became the first team to win both the men’s and women’s World Twenty20s on the same day. India has hosted the IWCC Women’s Cricket World Cup 3 times. Until 2015, Women’s cricket was overseen by the International Women’s Cricket Council. It was then merged with the ICC. However, all the three World Cup’s hosted in India, happened under Jurisdiction of the IWCC.

9 year’s before India hosted the World Cup for men, they had already successfully hosted a women’s world cup. Indian women team also first time participated in a world cup. During the 2nd edition of the world cup, held in January 1978, 5 other teams were originally invited. India was supposed to participate along with  Australia, England, the Netherlands, New Zealand, and the West Indies. However, due to financial issues, Netherlands and West Indies, were forced to withdraw due to financial issues.

6 matches were played across 4 venues. The tournament followed a round-robin format and saw Australia as the champions after winning all their games. India failed to register a single victory.

This time around the Women’s cricket world cup was played a year after the 1996 ICC Crickets world cup. Still overseen by the IWCC, the 1997 Women’s world cup was also called the Hero Honda Women’s World Cup. 33 matches between 11 teams were played in India across 25 venues.

This edition also followed the group-cum-knockout format. It saw 11 teams in 2 groups with top 4 teams qualify for the next round. India lost to Australia in the semi-finals. The Finals at the iconic Eden Gardens saw Australia win by 5 wickets in front of 80,000 fans. By doing so Australia won this prestigious title for the 4th time.

The Women’s world cup was played in India in 2013, again after 2 year’s after the ICC World Cup for Men in 2011. The 10th edition of the women’s world cup saw 8 teams participate and 25 matches played across 5 venues in 2 cities. This tournament also followed the Group-cum-knockout format.

Hosts India only won their opening group game against West Indies by 110 runs. They failed to qualify after losing their next two games against England and Sri Lanka. However, they defeated Pakistan in the 7th Place Play-off by 6 wickets. Australia again won the world cup in India, after beating West Indies by 114 runs Brabourne Stadium, Mumbai. 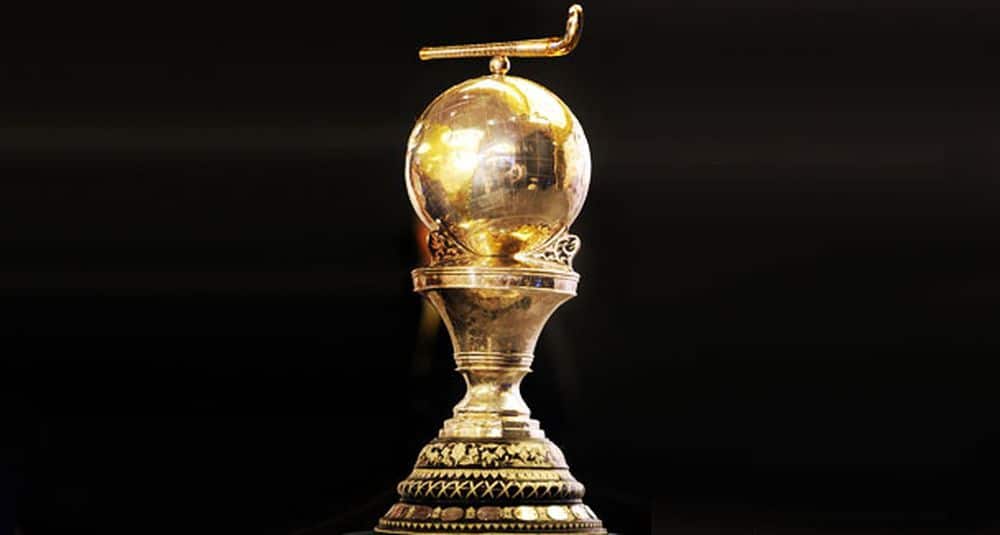 The Men’s Hockey World Cup is an international field hockey competition organized by the International Hockey Federation (FIH). The tournament was started in 1971. It is held every four years, between the four years between the Summer Olympics.

The tournament followed a group-cum-knockout format. 12 teams were drawn into 2 pools of 6 teams each. This ensured each team played a minimum of 5 games each. Top two teams from each group moved onto the next round. India, placed in pool B, failed to qualify after winning 3 and losing 2 games. However, they went on to win the 5th place play-off against the Soviet Union.

In the Finals, played in front of 35,000 fans at the BHA Stadium, Mumbai, Pakistan won their third title after beating West Germany by 3 goals to 1 goal.

In 2010, after 28 years, India again hosted the Men’s Hockey World Cup. The 12th edition of Hockey World Cup men’s field hockey tournament was held between February and March 2010. 38 matches were played against 12 teams at the Dhyan Chand National Stadium in  New Delhi, India.

Just like 1982, this tournament also followed a group-cum-knockout format. In the first round, teams were divided into two pools of six teams, and play followed round robin format with each of the teams playing all other teams in the pool once. Following the completion of the pool games, teams placing first and second in each pool advanced to a single elimination round consisting of two semifinal games, a third-place playoff and a final.

India placed in pool B, failed to go past the group stages after winning just one, drawing one and losing the rest of the games. India then lost one more game against Argentina in the Seventh and eighth place play-offs. Australia won the tournament after defeating Germany 2–1 in the final, collecting their second World Cup. India took a huge step towards the development of football in the country after they were awarded the bid to host the 2017 FIFA U-17 world cup. The FIFA U-17 world cup is a biannual tournament held for countries with u-17 football teams. The tournament was held in October 2017 and saw 24 teams battle it out for the trophy. The 17th edition of the world cup was played across 6 stadiums in 6 cities.

The teams competed in round-robin groups of four for points, where the top two teams in each group along with the top four third-placed teams would advance to the next round. These 16 teams will advance to the knockout stage, where three rounds of play will decide which teams would participate in the final. Despite putting an inordinate performance, the Indian U-17 boys lost all the three games. However, the boys scored India’s first goal at a world cup finals.

England won the U-17 World Cup for the first time after coming back from a two-goal deficit and beating Spain 5–2 in front of a record crowd of 66,684 spectators at the Salt Lake Stadium in Kolkata, West Bengal. The attendance for this World Cup was a record 1,347,133 surpassing China’s 1985 edition where it was 1,230,976.

India has got the chance to host this world championships only once, and that was back in 2009. The 2009 BWF World Championships was the 17th tournament of the BWF World Championships. Denmark, India, and Macau submitted bids to host the championships. India won the right to host the championships after the remaining candidates withdrew their bids. The tournament followed a knockout system. Matches were played across 5 categories- Men Singles, Women Singles, Men Doubles, Women Doubles and Mixed Doubles. Chetan Anand, Saina Nehwal, Valiyaveetil Diju and Jwala Gutta were the only representation from India. None of them made it after the quarter-final stage.

All these World Championships were hosted successfully. These championships are not only building India as a bigger sporting Nation but are also helping in the development of various upcoming sports.

We have included only World cup finals in the list. Honorable mentions include the Indian Grand Prix. It was a part of a bigger competition of the Formula 1 races. Also, the Grand Prix was stopped after 3 years due to a Tax altercation with the UP government. The World SuperBike Championships in 2013, was also canceled due to technical issues.