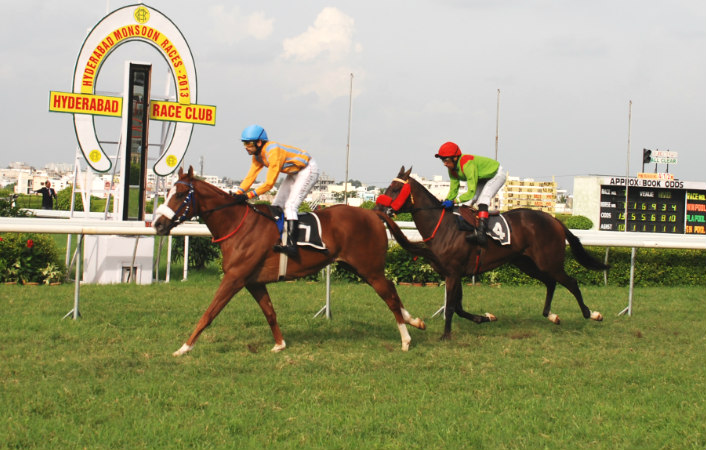 Horse racing as a sport has been played in India since last 3 centuries. Britishers were the first ones to introduce this sport in India and set up the first race course in Madras, India.

The first race course in India was set up in India in 1777 in Madras.

The major six turf clubs in India are:

The club organises practise sessions for regular people regularly and is considered as one of the best horse racing places in India.

The club is situated in Kolkata. This club is considered as one of the oldest turf clubs in India.

Royal club was started in 1847 by britishers and was one of the most premium racing organisations in India.

Royal Calcutta turf club organises racing in two seasons in a year. Monsoon season which runs from July till mid October and winter season from November to April.

The club organises races on most of the saturdays and mondays. Visitors can buy tickets and watch the race.

Hyderabad Turf Club is situated in city of Hyderabad in India. It is one of the newest turf clubs in India.

The club conducts races twice a year – Monsoon season from July till October and Winter season from November till February.

This club organises races in Mumbai and Pune. Mumbai organises horse races from November to May and Pune conducts races from July to November.

The major races organised here are:

This is considered as the most beautiful horse race club in India. Situated in the foothills of the Chamundi Hills, the club is known all over in India.

Mysore is an Independent Turf Authority which conducts practise sessions throughout the year.

The club organises regular season between August and October and also in winter and summer seasons.