The wait to see Helicopter Shot is over as the Former Skipper MS Dhoni is returning to the International Cricket in March 2020. Dhoni could be seen playing for Asia XI in March 2020 against World XI in Dhaka, Bangladesh. The Bangladesh Cricket Board (BCB) has proposed the idea of hosting a two-match T20I series. The two T20Is of the series will take place on March 18 and 21 next year.

As per the report, the cricketers BCB has sought permission from the Board of Control of Cricket in India (BCCI) and we will see other 7 Indian cricketers playing there as well like Virat Kohli, Rohit Sharma, Jasprit Bumrah, Hardik Pandya, Bhuvneshwar Kumar, and Ravindra Jadeja.

“Yes, Bangladesh is scheduled to host two T20 Internationals between Asia XI and Rest of the World. We are in touch with BCCI and other cricket boards of the Asian region to allow their players to be part of these two games,” BCB chief executive Nizamuddin Chowdhury was quoted as saying in the report.

Dhoni has been the part of an Asia XI before also in 2007, where he was a part of the Asia XI’s Africa XI ODI series, wherein the third match of the series he smashed a breathtaking 97-ball 139. Asia XI had blanked Africa XI 3-0.

The 38-year-old former skipper last played international cricket when India lost to New Zealand in the ICC World Cup 2019 semi-finals by 18 runs where he scored 53 runs and kept India’s hopes alive till he was run out. After which, in August 2019 he completed a two-week stint with the Territorial Army in Jammu and Kashmir and holds the rank of honorary lieutenant-colonel.

Mahendra Singh Dhoni, Formal skipper and Wicketkeeper of India has many accolades under his name like 2007 ICC World T20 Championship, 2011 ICC Cricket World Cup and 2013 ICC Champions Trophy. He is considered one of the best captains and wicketkeeper in the world with the most wins and dismissals up his sleeves. He announced his retirement from Tests on 30 December 2014. Prithvi Shaw, Sanju Samson shine as India ‘A’ ease past NZ ‘A’ 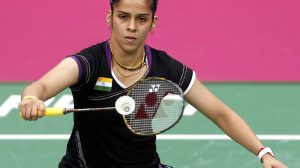 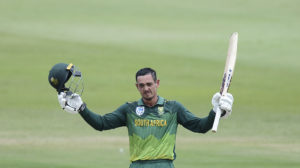