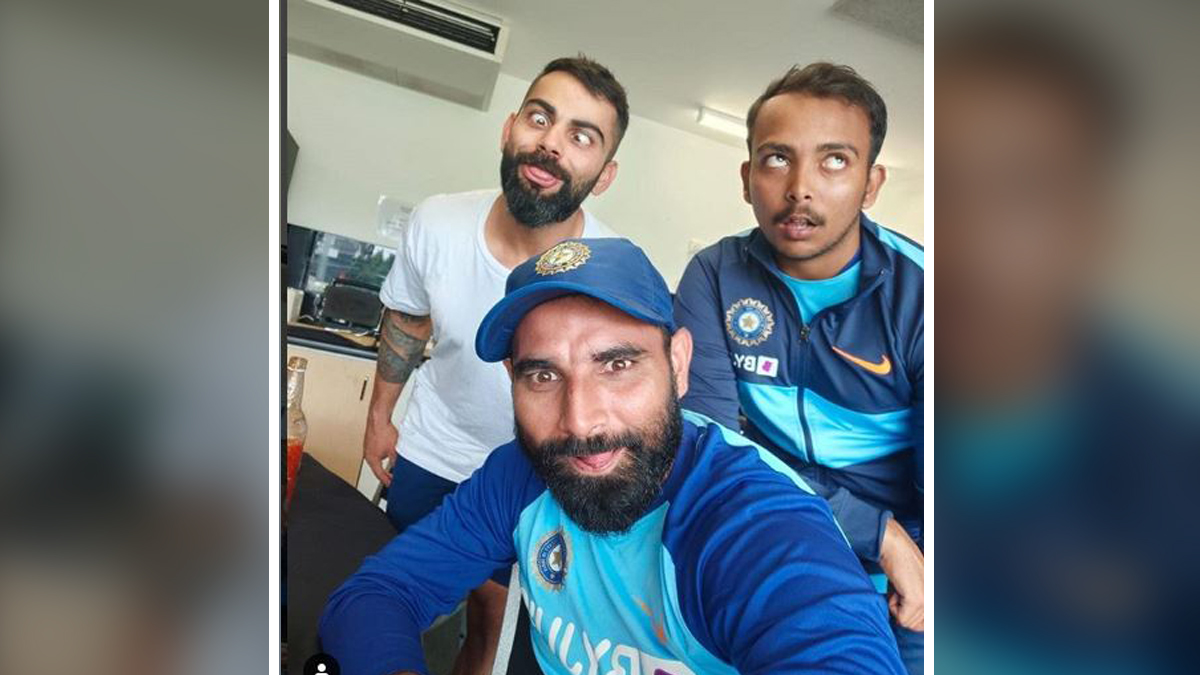 India did not fare badly in their first red-ball assignment on the tour as openers Mayank Agarwal and Prithvi Shaw got runs along with wicketkeeper Rishabh Pant in a second innings where the visitors put up 252 before the three-day warm-up game against the New Zealand XI ended in a draw at Seddon Park here on Sunday.

The team will now take on the Kiwis in two Tests starting from February 21 in Wellington and captain Virat Kohli looked to be in the mood for some fun with Shaw and pacer Mohammed Shami after the game.

Indian fast bowlers came out with a remarkable performance on the second day of the practice game as the batters then took it over on the third.

While Mayank and Pant shared a 100-run partnership (134 runs for the third wicket), Prithvi Shaw scored a quickfire 39 off 31 balls. Even Wriddhiman Saha didn’t do his reputation any harm as he hit an unbeaten 30 off 38 balls. But Shubman Gill couldn’t make much of the opportunity as he managed just 8.

India will look to come back strong and continue their good form in Tests and consolidate their place in the ICC Test Championship. They now sit pretty on top of the tree with 300 points from seven matches. In the ODI series before this, India were drubbed 3-0 by New Zealand but the tourists won the T20I series 5-0.