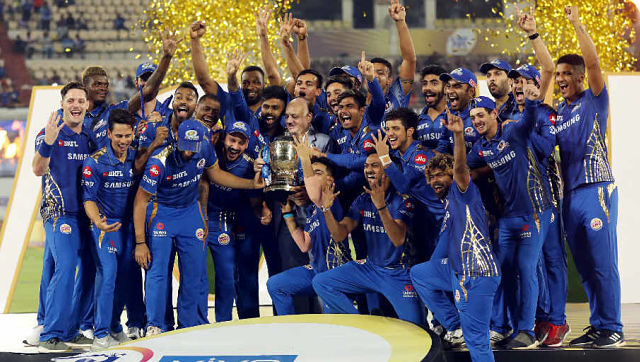 The wait is almost over as the 13th edition of Indian Premier League is about to begin this Saturday behind closed doors as no spectators will be allowed to enter the stadium. This will have a major impact on the stardom and glamour of this year’s IPL. However, it is considered to be a sigh of relief for the cricketing fans to see their favourite players and teams in action after a long-delayed period of time.

Due to the pandemic, the IPL was delayed along with other professional sporting events. The season was set to begin in March but has been rescheduled to start from September 19. On the other hand, due to an increase in the number of cases, the season was shifted to the UAE from India.

Everything is proceeding in the right manner and with this the defending champions Mumbai Indians will be taking on the men in yellow Chennai Super Kings to start the IPL in prime fashion. Not to forget that all the 8 teams have been following the rules and protocols designated in the bio-secure bubble for them.

The multi-million dollar league will have no gala opening ceremony to maintain proper safety measures for everyone. The matches will be played across the three venues of Sharjah, Abu Dhabi and Dubai.

However, Sourav Ganguly who is the president of BCCI believes that there will be a rise in viewership this year as the matches are also scheduled as per India’s evening primetime TV slots. Ganguly further added that the broadcasters also have high expectations this year as people are not allowed to visit the stadiums so the last option for them is to live stream the matches on their TV’s or smart devices.

Dada also believes that there is something positive in everything and assured that very soon 30% of the crowd would be seen in the stands but with proper social distancing protocols. Tests will be conducted before the spectators enter the stadium but this idea would require a lot of time.

Robin Uthappa who is currently with the Rajasthan Royals squad also spoke on the current situation and said that this tournament is the key to bring some kind of normalcy in everyone’s life.

It has been confirmed that there won’t be any cheerleaders on the ground as BCCI is in no mood to take any extra risks.

The officials have made it quite clear that the teams will be ferried from their hotels to the stadium and then back to their hotels with proper health-related safety protocols. They are expected to carry out 20,000 tests to ensure the safety of every other person.

The start did not go as planned in the IPL 2020 as 13 members of the CSK franchise tested positive for the virus and this raised many questions among the fans. On the other hand, many top players have made way towards the exit stating personal reasons.

IPL is known as the most famous and exciting cricketing league when compared to the others however there have been many match-fixing and corruption cases since its start from 2008.

Due to a spot-fixing scandal which happened in 2013, two reputed teams were banned from the IPL for 2 years which included the likes of Chennai Super Kings and Rajasthan Royals.

However this year it will be quite difficult for the bookies to reach out to the players as the bio-secure bubble has some strict protocols and everything is expected to be in prime control of BCCI.

The controversies of IPL did not have any major impact on the stardom and glamour of the league as it attracted many foreign players such as Pat Cummins who was bought by KKR for a grand amount of 2.17 million.

This can be the year Virat Kohli and RCB are waiting for as they seek their maiden IPL title this year but they stand against the mighty experienced Mahendra Singh Dhoni and Rohit Sharma as they have won the trophy more than any other team.

The spotlight would definitely be on the Captain Cool MSD as he took retirement from International Cricket but will look to launch the helicopter in this season’s Dream11 IPL 2020.