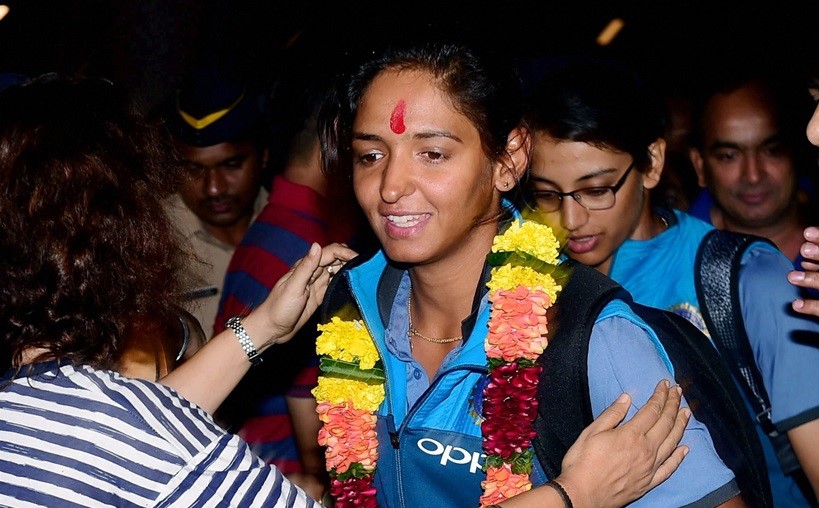 Indian women’s cricket team’s explosive batswoman, Harmanpreet Kaur, who is also the vice captain of the team is being considered as the next captain of the Indian team after Mithali Raj. However, the star batswoman from Punjab has said that right now, she is not thinking about leadership as the next 50-over World Cup in New Zealand has still a lot of time left and she wants to live in the moment.

She said, “Next World Cup is in 2021, that’s far away. We are playing well and if we continue to play like this, it doesn’t matter who is the captain. We reached close this time, hope next time we lift the cup.”

When asked about her destructive knock of 171 runs in just 115 balls against Australia in semi final, she said, “I like to play like that, hit sixes from childhood. I have worked hard. My coach told me even if my batting looks ugly, I should stay at the crease and I did that in the semifinal and final. Unfortunately in the final after playing myself in, I found the fielder.”

In the last three games of the tournament, she had scored 2 half centuries and 1 century. Harmanpreet also admitted that rather than concentrating on her individual score, her focus was on team’s total. The 28-year-old said, “I don’t see my individual score. I didn’t want to lose any wicket at that time as we wanted to post a good total. Australia can bat deep and 250 odd even in 42 overs won’t be difficult for them.”

Pacer Jhulan Goswami who bowled her dream spell in the final said that pressure has always been there on them since the day they started playing international cricket.

I played with boys who hit sixes and I liked hitting sixes: Harmanpreet Kaur