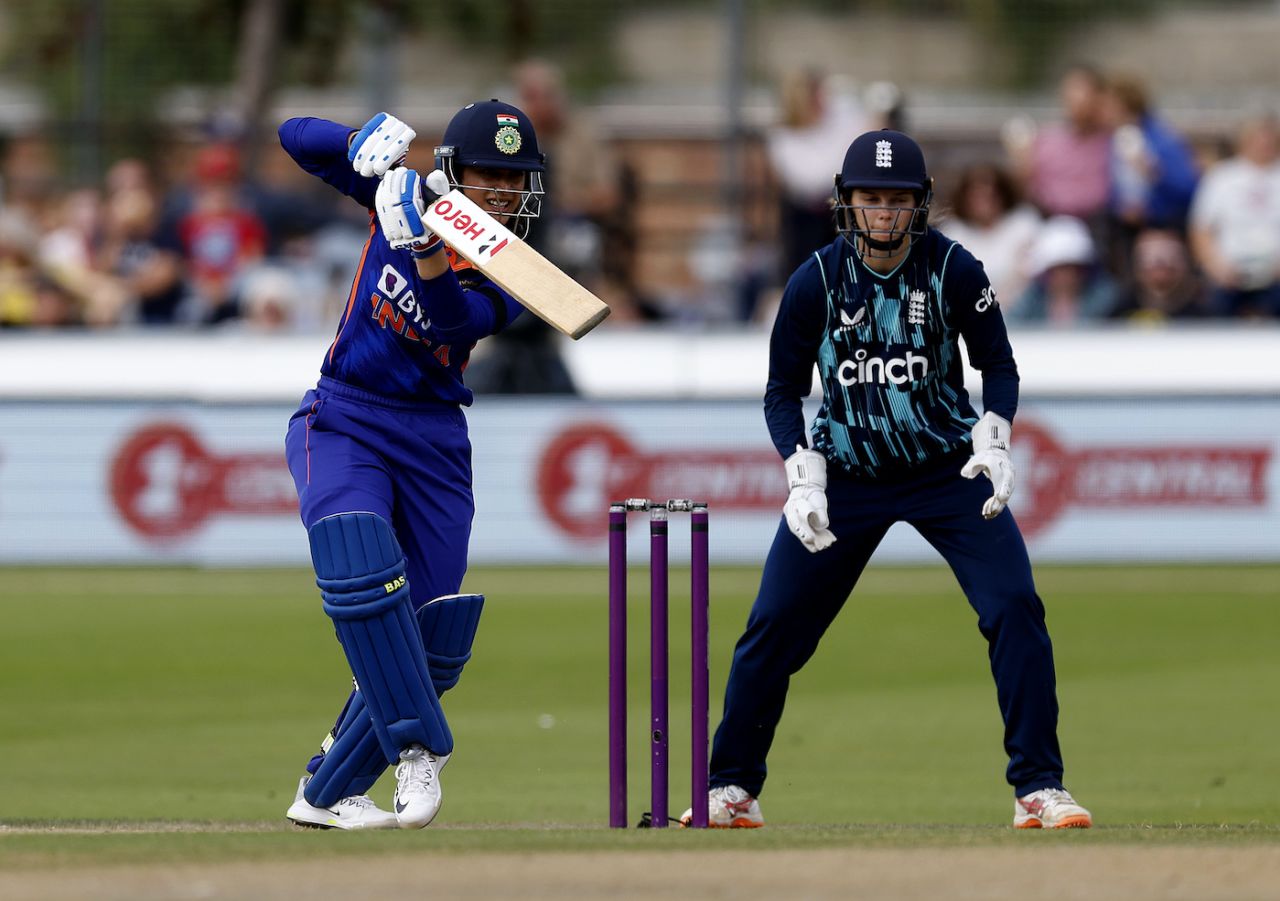 Indian women are all set up for the tour of England.

As the series nears its end, senior player Jhulan Goswami will bid adieu to the Indian team.

Goswami is a 39-year-old Indian pacer who is about to retire after a career spanning 20 years.

She has played 12 Test matches and taken 44 wickets during her career.

After winning the toss, the Indian team chose to bowl first.

Emma Lamb and Tammy Beaumont, opening the English batting, were able to give a good start.

Despite the slow start, Danni Wyatt and Alice Davidson-Richard’s knocks of 43 and 50 runs added some valuable runs on the board.

Sophie Ecclestone’s dismissal reduced their total to 227 for the loss of seven wickets.

All the Indian bowlers were able to knock out at least one wicket other than Pooja Vastrakar.

Smriti Mandhana and Shafali Verma opened the innings for India.

Shafali was bowled out by Kate Cross in the second over of the game.

The Indian Women’s Team got their first breakthrough quickly.

After that, Smriti and Yastika Bhatia handled the situation as they both completed their half-centuries as well.

Both together formed a partnership of 96 runs, which brought India back into the game.

Smriti and Harmanpreet started to take over the game as they formed a partnership of 102 runs.

The knock of 91 runs by Smriti helped bring victory for the Indian team, and she has also been declared the Player of the Match.

In the interview after the game, Smriti said:
“I want to say that this series is for Jhulu Di, her bowling was amazing. ” “All our efforts in this series will be for Jhulu Di.”

This will be the last series for Jhulan Goswami, and she will retire from international cricket after a career spanning 20 long years.