Pakistan qualifies for the finals; Will the history repeat itself after 13 years? 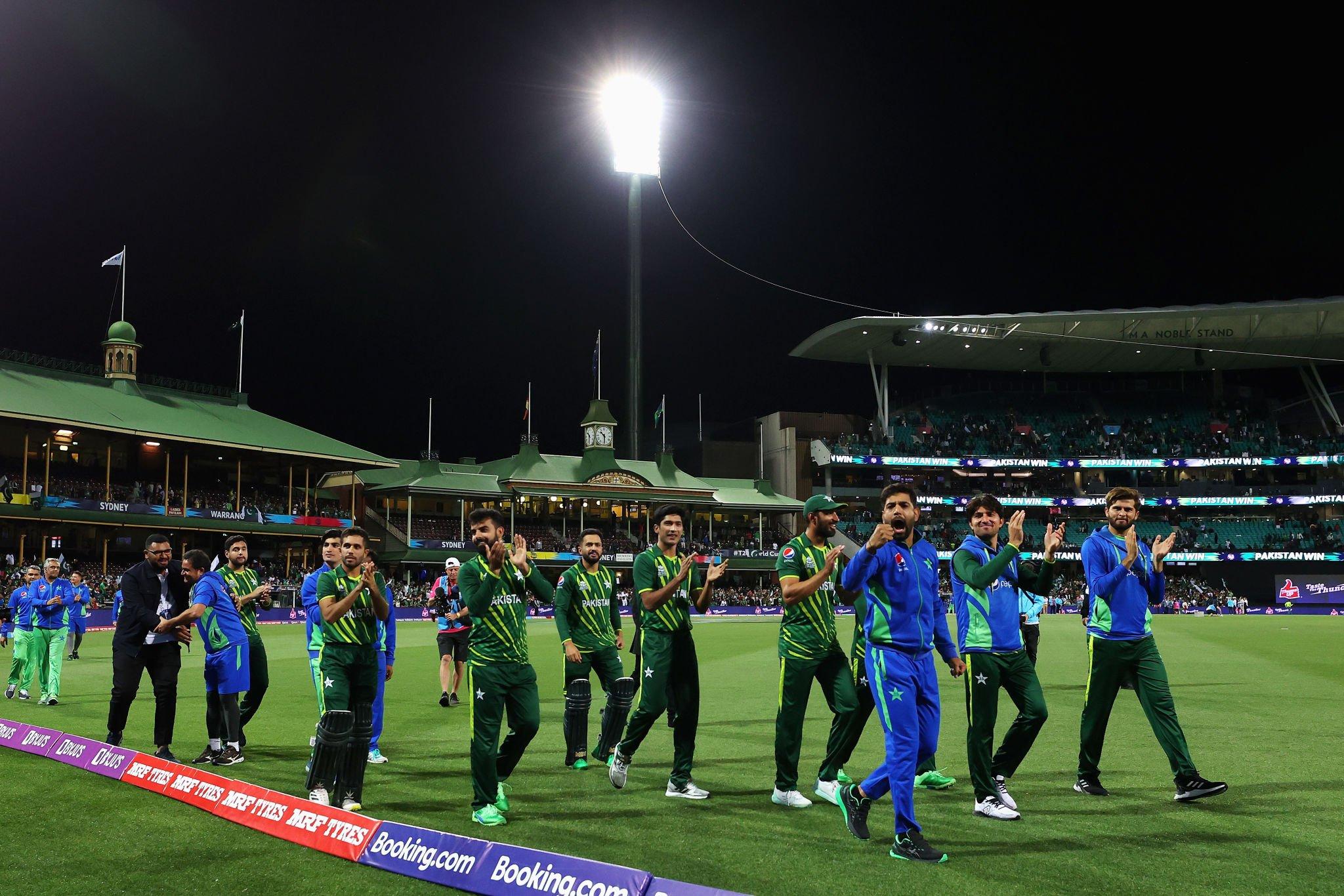 Pakistan and New Zealand played in the first semi-finals of the T-20 Men’s World Cup.

The group stage was uncertain for the Pakistan team, as after losing against India and Zimbabwe, it was difficult for them to qualify for the top four.

Miracles do happen, as after that they won every single game.

Their pace attack also came back in form, and a little bit of help came from the Netherlands as they beat South Africa.

With all these ups and downs, Pakistan made it to the top four.

New Zealand had a bit of an easy group stage but had a neck-to-neck competition.

They ended up in first place in the group stages.

New Zealand won the toss and elected to bat first.

Pakistan’s pace attack, striking from the start itself, took the wicket of Allen in the first over.

After losing the first wicket, the New Zealand batsmen weren’t able to score many runs.

The pitch was also difficult to bat on, but there was help for the pacers.

They lost their second wicket in the power play itself.

Kane Williamson and Daryl Mitchell’s knocks saved them to put up a fighting total.

Mohammad Rizwan and Babar Azam opened the inning for Pakistan.

Babar hasn’t been in form for a long time, and their team needed him to perform.

Rizwan and Babar gave a slow and stable start to the team.

They both kept on going and even completed their half-centuries.

The partnership of 105 runs between them almost made them win the game for the Pakistan team.

Then Babar lost his wicket while trying to clear the boundary.

Mohammad Haris, keeping the game on, continued to rotate the strike and add runs.

Babar and Rizwan’s partnership didn’t go to waste as Pakistan won the match by seven wickets.

Mohammad Rizwan was chosen as the Player of the Match for his knock of 57 runs.

Pakistan made its way to the finals, which will be played on
November 13th, Sunday, in Melbourne.

The other finalist will be decided tomorrow from the match between India and England.