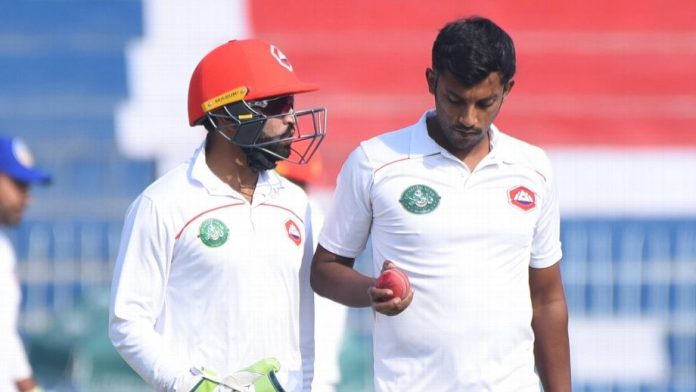 The left-arm spinner from Pakistan Raza Hasan has breached the Covid-19 protocols and as a result, has been expelled from the Quad-e-Azam Trophy. The man from Pakistan played an important role when the Pakistan side emerged victorious against Australia in the T20 Wolrd Cup. It is reported by the PCB that the 28-year-old had left the hotel which was a part of the bio-secure environment and hence will face the consequences.

The players are not allowed to leave the premises until taken special permission from the medical staff and High-Performance department. The teams have been awarded special bio-secure hotels by the PCB and the breach has landed Raza in great trouble.

Nadeem Khan was upset over the actions of Raza and stated that it is quite unfortunate that even after several reminders, warnings and special programs regarding the protocols it was Raza who crossed the line and took the matters into his own hands and now ill pay for the price.

In order to keep everyone safe and to send a message to the remaining cricket organizations of the world that strict actions will be taken against whomsoever in order to organize the League in a proper and disciplinary manner, PCB as not taken the Covid-19 breach lightly.

The officials expect that Raza would identify the cause of his mistake and work on himself and understand what the consequences could have been due to his irresponsible act.

Raza Hasan started well but now seems to be lost in his journey. The player from Pakistan made his T20 debut at the age of 19. He was the man of the match against Australia in the T20 world cup in 2012 where he got the wickets of Maxwell and Watson. He was banned in 2015 because he tested positive for a prohibited substance.

In the 2018 PSL, he was given an opportunity by the Lahore Qalandars but he never really had an impact. He was allowed to leave after the season.

In the Northerns 2nd XI side to he is unable to provide the impact that he used to provide in 2012.