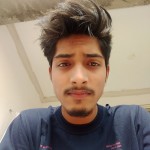 With Karnataka Cricket Association giving him the no-objection certificate (NOC), Indian Cricketer Robin Uthappa may lead the Kerala team in the upcoming Ranji Trophy. Karnataka is Uthappa’s home team and he will be joining Kerala as a guest player.

Though Jayesh George, secretary of  Kerala Cricket Association has admitted that he has been in touch for sometime with them, but also said that he has not signed any agreement and hence it is not sure that whether he will be doing captaincy or playing on their side. He added that some terms had also been sent to the cricketer but he has not replied yet.

George revealed that the 31-year-old Uthappa, whose mother has her roots in Kerala, wanted another player to be included in the Kerala team as part of the deal. And that appears to be the hitch.

George revealed that Uthappa wanted to add another player in the team. He said, “He wanted Amit Verma, the former Karnataka player who played for us earlier (Verma played for Assam last season), to be included. We said we can’t. We said that we have the selection committee and cricket development committee, so we cannot finalise those things. Also, we have a new coach (Australian Dav Whatmore). But after that he has not replied to us.

“We already have Jalaj Saxena (the allrounder from Madhya Pradesh), so we need one opener. If Uthappa comes, the opener and captaincy issues will be solved. Uthappa will be the captain. “We hear that Uthappa is currently abroad, but we also hear that he is in talks with Vidarbha which has released Wasim Jaffer recently, so we don’t know.”