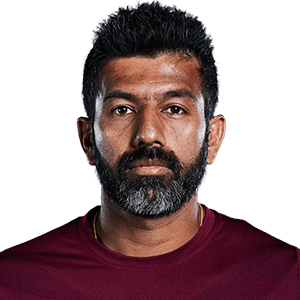 After spending five months with his family, Rohan Bopanna will now get back to the life of the professional tennis circuit. These five months allowed him to spend time with his one-year-old daughter Tridha too.

Although returning to the court will be difficult, the 40-year-old is happy to resume. He is partnering Denis Shapovalov of Canada at the US and French Opens. “Denis has been at the IMG Academy in the US. We will be playing the Cincinnati Masters in New York before the US Open, and Rome [Masters] before the French Open”, said Bopanna.

Bopanna’s family would have accompanied him if it weren’t for the coronavirus pandemic.

“When we travel to Europe later from the US, there won’t be any quarantine requirement for the tennis people”, observed Bopanna. He has competed in 47 of the last 49 Majors, including the last 41.

The World No. 37 said that he practised Iyengar Yoga for two months. He also said that he will continue to do so every day.

“I wish I had learnt it when I was in Pune for five years. It has helped my body with strength and flexibility. Now I can hang like a Spiderman from the wall and trees”, said Bopanna. “When my legs are strengthened, it takes the load off the knees”, he added.

Bopanna said that his scholarship initiative at the Sports School in Bengaluru was in process, even though the players could not be called for trials.

“Based on the details we had, we have been able to offer different scholarships to a few kids. Since the parents are concerned about the impact on rankings etc., we are planning to give a 24-month scholarship. We are not rigid, as the idea is to help the best kids”, said Bopanna.