Legends came together for a noble cause as the Bushfire Cricket Bash raised more than $7.7 million for the communities devastated by the fires that have ravaged Australia, according to Cricket Australia’s report.

The likes of Sachin Tendulkar, Brian Lara, Courtney Walsh, Yuvraj Singh and Wasim Akram were present among many as Ricky Ponting XI won the tie in the end.

On Sunday, Tendulkar donned the Australian green and gold to play an over during the innings break of the Bushfire Cricket Bash legends match.

Competitors on the field, friends off it!
Had a lot of fun coming together for a cause like the Bushfire Relief.
Happy to have contributed towards the #BigAppeal 🏏 pic.twitter.com/VpYZMteFCY

Tendulkar was facing Australia’s star all rounder and 2019 Women’s Cricketer of the Year Ellyse Perry in the over and her former teammate Alex Blackwell. He said while walking up to the pitch that it was the first time in five years that he was picking up a bat and the 46-year-old ended up hitting a four off the first ball he faced.

Meanwhile, Lara was made to retire at 30 after facing a series of lofted cover drives and straight drives that echoed his peak genius, a www.cricket.com.au report said.

Then Ponting hit an entertaining 26 from 14 balls before retiring himself.

During the run chase, Shane Watson smacked Wasim and co with a spectacular 30 from nine balls.

Gilchrist hit his first ball for a maximum before being knocked over by Aussie Rules great Luke Hodge.

Andrew Symonds clubbed a few sixes over long-off as his son watched on from the dugout. 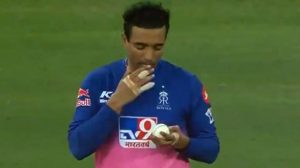 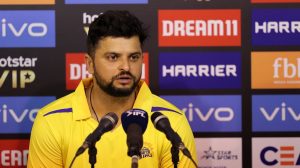 IPL 2020: No comeback for Suresh Raina as Chennai Super Kings removes his name from official website