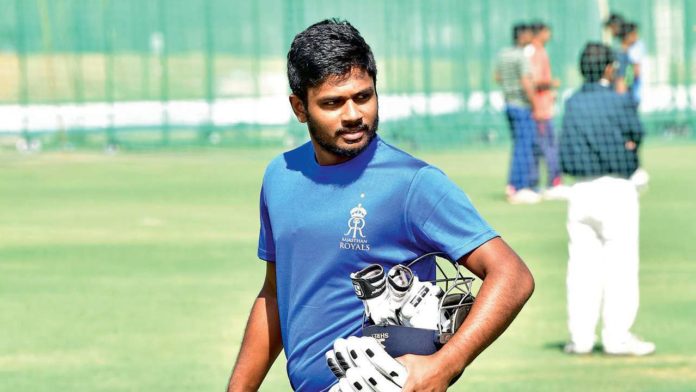 Sanju Samson will replace injured Indian opener Shikhar Dhawan in the T20s series against West Indies starting from next week of December 6 in Hyderabad. “Samson might be included in the squad as a replacement of Dhawan. Dhawan got operated on his knee, depending upon his medical status report, the final call will be taken,” BCCI source.

Sanju Samson was dropped from the T20I squad when the senior selection committee headed by MSK Prasad announced the ODI and T20I squads for the West Indies series last week. He was chosen in the T20 squad against Bangladesh but did not play any match.

Interestingly, on Monday, Harbhajan Singh asked the BCCI President Sourav Ganguly to change the selection Panel and bring in strong people. He expressed his disappointment when 25-year-old Kerala batsman Sanju Samson was not allowed to play, but instead used to pass bottles in three T20s.

I guess they r testing his heart ???? #selectionpanelneedtobechanged need strong people there.. hope dada @SGanguly99 will do the needful https://t.co/RJiGVqp7nk

Sanju Samson is the youngest batsman to score 1,000 runs in the IPL and the youngest cricketer to captain a Ranji trophy side. Samson has scored 112 runs from four games he played for the Kerala Cricket Association (KCA) in the ongoing Syed Mushtaq Ali Trophy National T20 Championship.

He has played only one T20 International in 2015 against Zimbabwe.