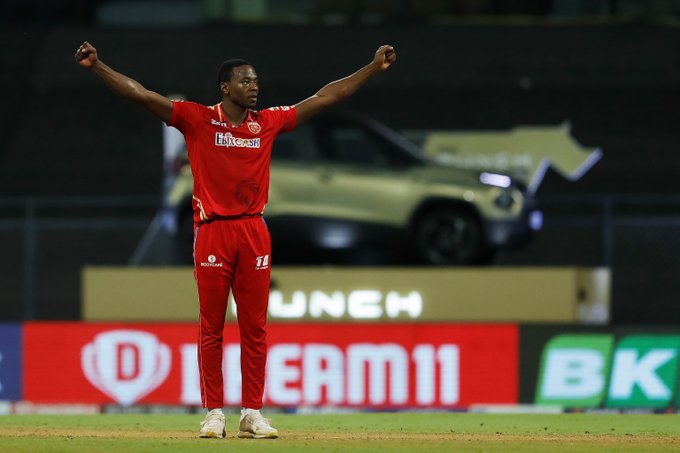 Punjab Kings and Chennai Super Kings played against each other for the second time in match number 38 of IPL 2022 at Wankhede Stadium Mumbai.

The last time they played in IPL 2022 was in match number 11 in which the Kings won the match by 54 runs.

After winning the last match against Mumbai Indians Chennai will be looking for their second consecutive win whereas after losing against Delhi Capitals, Punjab would be looking forward for a win.

The Super Kings won the toss and elected to bowl first. Now it was time for the Kings to put a good total against the team and defend it to win the match. The Kings started with a slow run rate as their first wicket in the form of their Captain Mayank Agarwal fell a bit soon.

Shikhar Dhawan was looking in tremendous form, he with B.Rajapaksa formed a partnership of 107 runs for the second wicket and made their team total go upwards. By the outstanding knock of 88 not-out runs, Shikhar became the second player in IPL to complete 6000 runs after Virat Kohli. 9000 runs in T20 format.

As the First Innings was about o end with some big shots by L.Livingstone and the knock of Shikhar their team made up a total of 187 runs for the loss of 3 wickets.

So now it was the turn for the Super Kings to chase down the run scored by their opponent. As they came out to bat their first wicket fell soon enough in the second over itself in the form of Robin Uthappa. While they were seen in trouble as there was a quick fall of wickets, no one was able to stand long against the King’s bowlers. Then after there came a ray of hope in the way of Ambati Rayudu as he stood for the team and made them come into the game again. The back-to-back 3 sixes followed by a four in the 15th over felt like he will take the game away from the Kings. Just when it was seeing that the game is going away, came out to bowl Kagiso Rabada and took the wicket of the dangerous-looking batsmen Ambati Rayudu and again turned the game towards their team.

In the end, Chennai Super Kings surely fought hard but lost the match by 11 runs again Punjab Kings won against them in IPL 2022. Shikhar Dhawan of Punjab Kings was selected as the Man Of The Match.