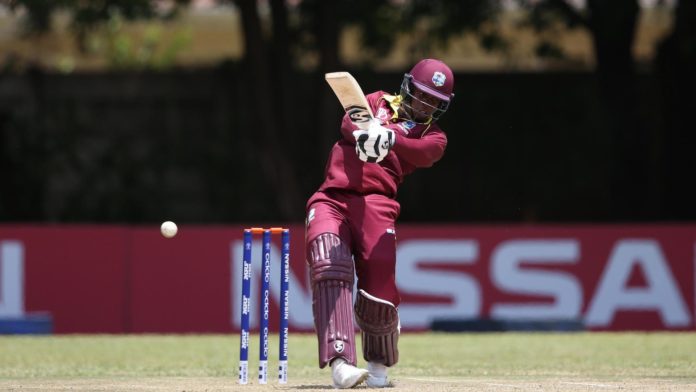 Windies middle order young batsman Shimron Hetmyer is set to be the biggest player for 12th Vivo Indian Premier League auction. The Caribbean cricketer has shown lot of character on the current West Indies tour of India and he was sensation with bat in Caribbean Premier League as well earlier this year.

Hetmyer smashed brilliant hundred against India in the first ODI meanwhile he played blasting innings of 94 runs in the second One-Day match. He also smacked hundred in the Caribbean Premier League 2018 season which surely caught eyes of many franchises around the globe and Indians are the front runners as IPL auction to take place in December.

And we all know Indians love West Indian cricketers. Whether it’s Chris Gayle or Dwayne Bravo or Sunil Narine or maybe Kieron Pollard, we all like them and want them to perform for our respective team whether it’s Mumbai Indians or Kings XI Punjab or Kolkata Knight Riders. Hence Hetmyer would be the biggest name we could witness in IPL 2019 players auction.

Former Indian spinner Harbhajan Singh has already rated Shimron Hetmyer and predicted that he would be the million-dollar baby in players auction.

Hetmyer also dreams to play in cash rich twenty20 league IPL but he puts country first ahead of the Indian Premier League. In a press conference, he said, “It feels good to know that one of India’s greatest spinners rates me highly. It is a dream of mine to play in the IPL. But for now, my focus is on representing the West Indies the best I can. If rewards come down the road, then so be it.”

“All young cricketers back home aspire to play in the IPL. But first and foremost, the priority should be to represent the West Indies, because that is the highest level you can reach as a cricketer,” Hetmyer quoted.

21-year old Hetmyer was a part of national team when they won U-19 world cup in 2016 in Bangladesh. The left-handed batsman would be a crucial middle order batsman for Windies in next year’s ICC World Cup in 2019.

IPL players auction for next year is expected to take place in December. The 12th season of Indian Premier League is reportedly to be shift in South Africa due to general elections in India.