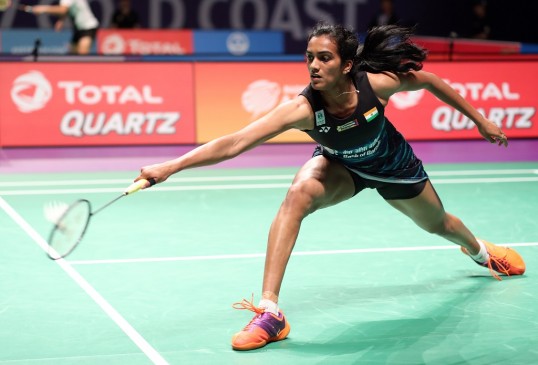 SINGAPORE: After getting Humiliated defeats in Malaysian open, The Indian trio of Sindhu-Saina-Srikanth has now advanced to the quarterfinals of the Singapore Open 2019.

PV Sindhu, the world No.4 badminton player crashed the Danish shutter Mia Blichfedlt in a straight set 21-13 21-19. She took 39 minutes to defeat her in the match. It wasn’t that easy for Sindhu as Mia was giving tough competition to him throughout the match. But Sindhu managed the victory at the end. 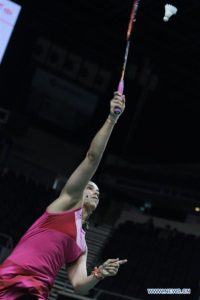 The world No. 8 seed Saina Nehwal also advances to Quarter Finals as she beat her Arc rival Pornpawee Chochuwong. It was quite challenging after winning the first set, she lost the second set by 18-21. But somehow Saina holds her nerves and defeated Pornpawee by 21-16 18-21 21-19. Now she will face London Olympics Bronze Medalist Nozomi Okuhara.

Parupalli Kashyap, 2014 commonwealth games champion rattled by the Chinese fourth-seeded Chen Long in 3 games by 9-21 21-15 16-21. After losing the first set, Kashyap Countered nicely and won the 2nd set of the game. But in the last set, Chen defeated the Indian ace player and won the match.

It wasn’t that easy for the World’s Sixth best Player Kidambi Srikanth to defeat Denmark’s Hans-Kristian Solberg Vittinghus. After winning the first set comfortably, the second set wasn’t easy for both the players as they were desperate to get a win. And at last Srikanth hold his nerves won the match by 21-11 23-21.

Sameer Verma continued his impressive run of the tournament and defeated China’s LU Guangzu by 21-15 21-18. He will now take either Taipei Chou Tien Chen or Denmark’s Jan o Jorgensen.