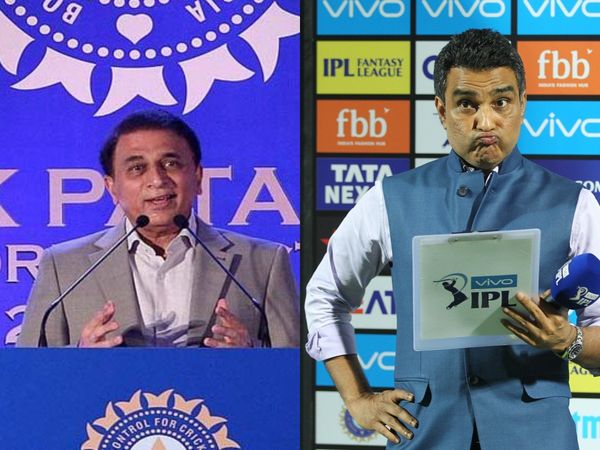 According to several confirmed reports and with no name on the panel, Sanjay Manjrekar will not be travelling to the UAE for the 13th edition of Dream11 IPL 2020. The official broadcaster of the league Star Sports have included the likes of Ian Bishop, Sunil Gavaskar and Harsha Bhogle who will be allowed to share their views in front of the audience.

It is reported that there was some sort of chaotic change of words between Ravindra Jadeja and Sanjay Manjrekar During the World Cup 2019.

Star Sports also named a separate panel for Hindi and other languages. There was no place for Manjrekar in any of the lists. The star-studded panel also includes Mark Nicholas, who now mostly commentates in the home matches of South Africa. JP Duminy, who played for few franchises and also led Delhi Capitals, is also part of the panel.

Lisa Sthalekar and Anjum Chopra are two women commentators on the list. Sthalekar, an ICC Hall of Famer, has been part of IPL commentary panel in past. Chopra, the former India captain, is considered as the voice of women’s cricket in India.

Gavaskar, 71, will be travelling to UAE for the league. The likes of Brett Lee, Dean Jones, Brian Lara, Graeme Swann and Scott Styris will be calling the game from Mumbai. The dugout commentators focus more on various aspects of the game and they analyse every point in detail.

Former India chief selectors Kris Srikkanth and MSK Prasad will be commentating in Tamil and Telugu, respectively. Former India assistant coach Sanjay Bangar is part of the Hindi commentary team. Check out the list of commentators –

The BCCI is least interested in getting back Manjrekar as they have shown no level of interest in his presence or absence. The commentator was cut off in late March before the ODI series against South Africa. Not to forget the exchange of words between Manjrekar and Jadeja during the World Cup 2019.