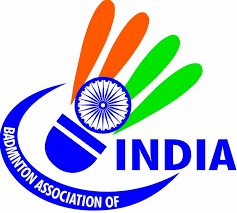 Badminton is one of the most popular sport in India. People of all ages- kids, children, youngsters, adults to elderly have all played. In India as well, playing sports is an age-old tradition, right from our Vedic days. For long Prakash Padukone and Pullela Gopichand had been the flag bearers of the country in the sport. However, since the turn of the century, many Badminton stars have raised and taken over the mantle from them.

In 2017, according to rankings data published by the Badminton World Federation, there was an Indian featuring in the top five players of the world among men as well as among women. Outstanding performances from Saina Nehwal, Kidambi Srikanth, P.V Sindhu, Prannoy H.S, Ajay Jayaram and B. Sai Praneeth have helped the popularity of the sport both domestically and Internationally. All of them have come through the ranks by playing and winning various domestic tournaments. These tournaments have given them the necessary exposure, experience and an illustration of competition they would face at International Level.

The League follows a league-cum-knockout format. In the league stage, each team plays 5 ties with the other 5 teams. Each match is best of 3 games and each game is to be of 15 points each. The 5 ties are Men’s Singles, Men’s Doubles, Women’s Singles, Mixed Doubles & Men’s Singles. Furthermore, to make the league more entertaining, it introduces ‘Trump Card Rule’. According to the Trump Card rule, each team strategically selects one of the 5 matches that they play in a tie as their Trump match. In a trump match, a victory gives the team a bonus point and also a loss gives it a negative point. After the end of the league, the top 4 teams with maximum points will proceed to the Semifinal.

The BAI hosts a number of All India ranking Tournaments at different levels- Sub Junior (u13 and u15); Junior (u17 and u19) and Senior. The tournaments are held all around the year and also in various major cities. This gives a chance of maximum participation as well as no talent slipping through unnoticed. At all three levels, there are various categories a participant can involve themselves into- Boys Singles; Boys Doubles; Girls Singles; Girls doubles; Mixed Doubles (U-19 and senior only). These Tournaments lead up to Indian Badminton team Selections.

The next edition of the tournament will be held from 23rd August 2018 to 26th August 2018 at Guwahati, Assam. The categories in the team event include- Men Singles; Men Doubles; Women Singles; Women Doubles and Mixed Doubles.

The winning team will qualify for the senior National championship and also the Finalists in all events are eligible in Senior Nationals.

The Sub Junior National Badminton Championships is an annual tournament. It is mostly held towards the end of every year. The 2018 Edition will be the 32nd Sub Junior Championship. It usually has 2 main categories- U13 and U15. The Competition is for both boys and girls. Furthermore, there are common categories of Singles and doubles under both. Eligibility for participation in this event is 2 singles, 1 doubles entry from each state as well as top 16 single ranking players and top 8 ranking in doubles from BAI ranking are eligible.

The Winners of the latest Sub Junior National Badminton Championships:

The Junior National Badminton Championships is also an annual tournament. The 42nd edition of the tournament was held in Guwahati, Assam. It usually has 2 main categories- U17 and U19. The Competition is for both boys and girls. Furthermore, under them common categories of Singles and doubles under both. However, the Mixed doubles are only in the U19 category.

Eligibility for participation in this event is 2 singles, 1 doubles and 1 Mixed double entry from each state. Top 16 single ranking players and also top 8 ranking in doubles from BAI ranking are eligible in U17. Top 12 single ranking players and top 6 ranking in doubles and mixed doubles from BAI ranking are also eligible for the U19 category.

The Winners of the latest Junior National Badminton Championships:

The longest-serving Badminton domestic event in India was introduced in 1936. Until 1960, it was an open competition. Prakash Padukone holds the record of winning this tournament a record 9 times. The 82nd Senior Badminton Championships was held at Nagpur in 2017. The Competition is for both Men and Women. Furthermore, There are common categories under them- singles and doubles and last category are mixed doubles.

Eligibility for participation in this event-

The Winners of the latest Junior National Badminton Championships:

All of these tournaments provide the necessary exposure, experience and an illustration of competition they would face at International Level. Indian players, are performing well and winning major tournaments. As of August 17th, The Indian Badminton Team currently ranks 9th on the BMF world rankings. Kidambi Srikanth currently ranks 8th in BMF Men’s single and P.V Sindhu ranks 3rd in the BMF Women’s singles rankings.

Thomas and Uber Cup postponed to 2021 Badminton 2021 World Championship to be Held In November-December in Carolina... 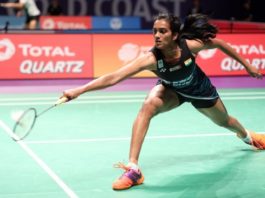