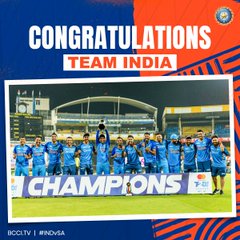 Ahead of the World Cup 2022 South Africa tour of India is happening including three T-20IS and three ODIs.

South Africa won the toss and elected to field first.

KL Rahul and Rohit Sharma opened the innings for India.

They both gave a great start to the team as there were shots and boundaries.

KL soon completed his half-century when Rohit lost his wicket to Keshav Maharaj.

Surya’s fiery knock of 61 runs in just 22 balls which included five sixes and fours brought India into a strong position.

They both together made a partnership of 102 runs and when the ending knock of Dinesh made them achieve a total of 237/3.

They lost their first wicket in the second over itself.

Quinton played a great knock of 69 runs which kept them in the game.

David Miller handled the situation as he also completed his century but wasn’t able to finish off the game.

India won the toss and elected to field first.

SA opened with the same pair as before.

Temba isn’t able to perform well as he again lost his wicket soon.

Quinton and Rilee took forward the innings as they both played well.

Both of them even completed their half-centuries when Quinton got run out.

Rilee soon completed his century as with the help of his knock SA reached a total of 227/3.

India gave chances to the new players but wasn’t able to perform well as they all lost their wickets at the score of 178.

However, India won the series as Rohit Sharma became the first Indian captain to win against SA in India.