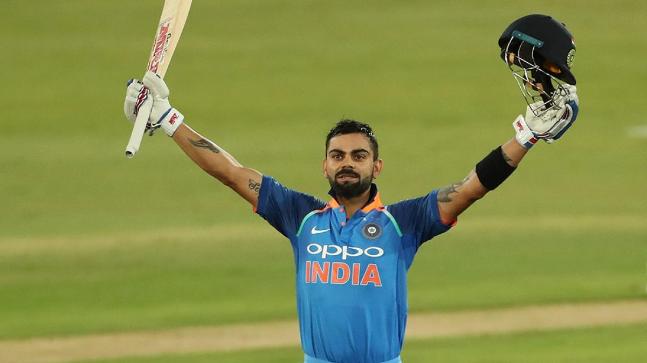 London, June 10 (IANS) One thing which has been a constant in the ongoing World Cup is the continuous booing which Steve Smith has received from the fans in England and Wales. Be it the warm-up match against England or the tournament proper thereafter, Smith has been given a tough time by the fans across all venues.

And on Sunday, it was no different. Smith was constantly booed by Indian fans during the World Cup fixture between India and Australia at the Kennington Oval which the Men in Blue won by 36 runs.

With India fans giving Steve Smith a tough time fielding in the deep, @imVkohli suggested they applaud the Australian instead.

Smith, who was the captain of the ball-tampering controversy which took place last year, was first booed, with chants of “cheater, cheater”, making the rounds while he was fielding at third man during the Indian innings. All-rounder Hardik Pandya had just been dismissed, and the crowd tried to get under Smith’s skin with the chants.

Indian skipper Virat Kohli, who was batting at the time, looked up towards that section of the stadium and gestured them not to do so. He instead made a “clap” gesture and pointed towards Smith. The Indian skipper also did the same when Smith walked past, with both players shaking hands.

Smith was booed for the second time when he walked out to bat during Australia’s big chase of 353. Another section of the crowd this time booed and started the same chants again.

Kohli, who was fielding at mid-wicket then, looked up and made a folded hand sign, before asking them to cut it out again.

Speaking about it in the post-match press conference, Kohli expressed his sympathy for Smith and apologised on behalf of the Indian crowd.

“Just because there are so many Indian fans here, I just didn’t want them to set a bad example, to be honest, because he didn’t do anything to be booed in my opinion,” the 30-year-old said.

“He’s just playing cricket. He was just standing there, and I felt bad because if I was in a position where something had happened with me and I had apologised, I accepted it and I came back and still I would get booed, I wouldn’t like it, either.

“So I just felt for him, and I told him, I’m sorry on behalf of the crowd because I’ve seen that happen in a few earlier games, as well, and in my opinion that’s not acceptable,” he added.

Smith and David Warner have been repeatedly heckled on the field since their return to the Australian team following their one-year bans over the Newlands ball-tampering incident.

However, Kohli said he felt for Smith in his current circumstance.

“Look, I think what’s happened has happened like long back, the guy is back, he’s trying to play well for his side.

“Even in the IPL I saw him, it’s not good to see someone down like that, to be honest. We’ve had issues in the past. We’ve had a few arguments on the field. But you don’t want to see a guy feeling that heat every time he goes out to play.

“What’s happened has happened. Everyone has known that. He’s come back. He’s worked hard. He’s playing well for his side now,” he added.

Kohli has had run-ins with Smith and other Australian players in the past as well, the most memorable one being when he suggested the Australian batter had deliberately sought guidance from the dressing room while deciding whether to review a decision during Australia’s Test tour of India in 2017.

However, Smith had, at that time, said it was a “brain fade” moment for him.