The ongoing Ashes being played in England will see Jimmy Anderson and Stuart Broad play their last Ashes together. Anderson and Broad have been bowling together for more than a decade now, carrying the weight of England’s test bowling on their shoulders as they emerged as one of the top 5 test bowling pairs of all time.

To talk more on what it takes to have such impressive chemistry on the ground continued for so long, we recently caught up with two West Indies legends to try and figure out the secrets to success for a new-ball duo.

Given their bowling partnership was famed for aggression and intimidation, Courtney Walsh and Curtly Ambrose are remarkably relaxed about how they are remembered. 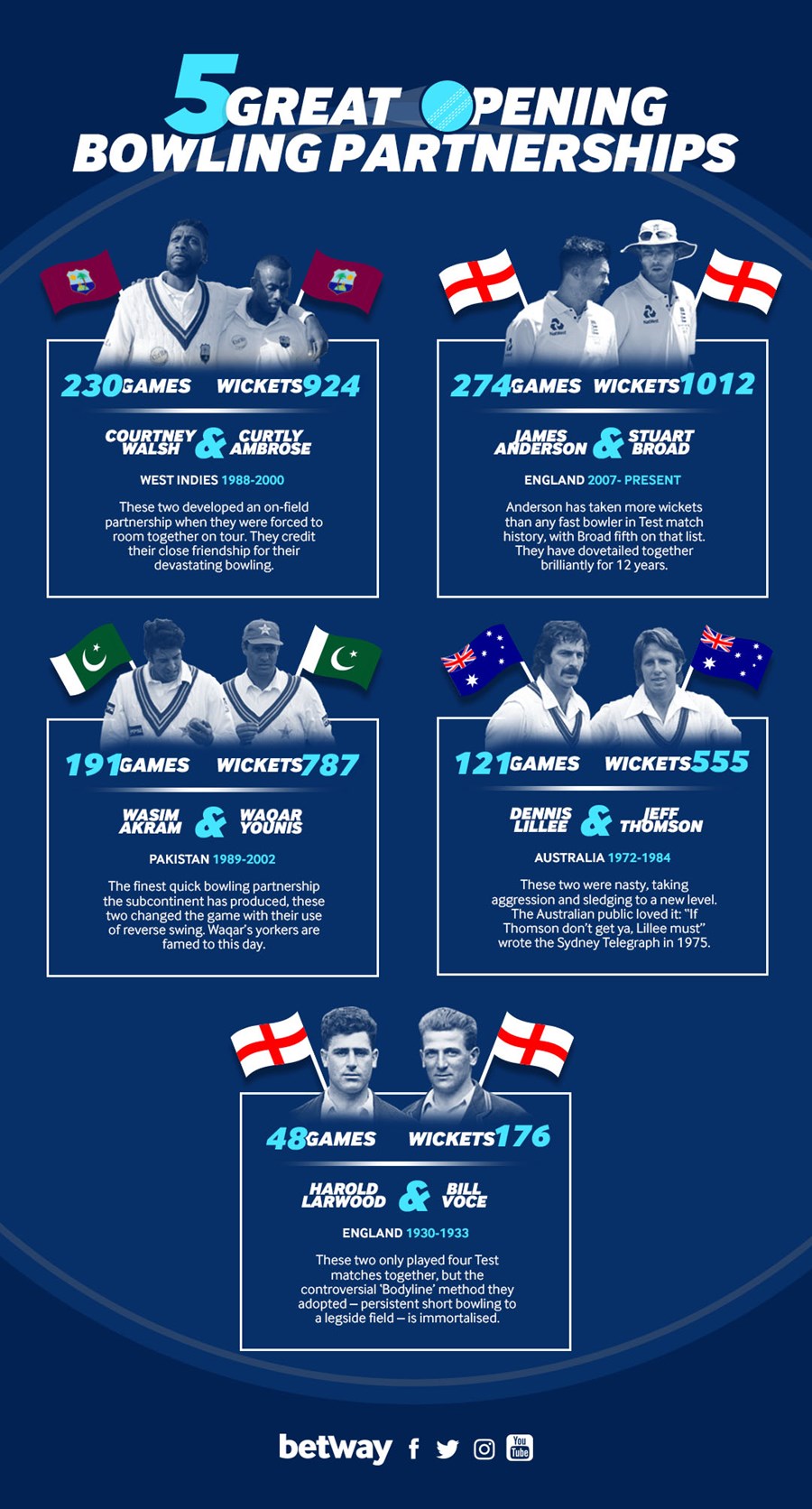 While being asked on the scenario of present day fast bowlers, Ambrose clarified that he has always been passionate about seeing fast bowlers bowl well as he has been one among them.

“For me, it’s a pleasure to see bowlers doing better than former greats”, he added.

“What Jimmy [Anderson] and Stuey [Broad] have done for the game, for example, is tremendous,” says Walsh. “Hopefully another partnership will come along that will be even better.” He also added that the duo of Anderson and Broad have been sincere for the game and have never let their ego come between them, despite being on top of wicket taking list for England in Test Cricket. Together, Anderson and Broad have over a thousand wickets in Test Cricket, making them the most successful red ball bowling pair in the world of all time.

Talking about his personal take on the approach on the game, Ambrose stated “If I take 10 wickets in a Test match and we lose it’s a waste of time.” “I love winning, winning is a nice feeling. I don’t take losing very well.”

His statement and approach reminds of what a fierce force West Indies were back in the day. Between 1988 and 2000, only Australia – to win the 2019 Ashes according to the latest cricket betting – won more Test matches than the West Indies. Their win-loss ratio was also second-best until the end of 1995, when the standard of the team around them began to decline.

Walsh and Ambrose played a combined 230 Test matches, with their individual wicket-taking tallies – 519 for Walsh and 405 for Ambrose – adding up to 924 overall, they are placed second on the list of most wickets taken combines, just after Broad and Anderson.

They opened the bowling together in 52 Test matches, sending 412 batsmen back on their way. Only two new-ball partnerships have managed more scalps.

“I think we set the bar,” Walsh says. “History will tell you that our records were broken, but it’s good to be able to say that.

Were it not for a couple of twists of fate, though, the pair might never have even met.

“From a young age I used to bowl with much older guys, but cricket wasn’t my love,” says Ambrose. Adding that he loved Basketball and Football more than Cricket and that his mother, who was a cricket fan, drove his energy into the game.

Walsh also nearly headed down a different path. He started as a spinner who would spend hours trying to spin the ball. However, there were instances at the Melbourne Cricket Club in Jamaica, where he tried to bowl fast on the only concrete strip and that’s where he got the thrill to bowl fast.

Walsh eventually broke into the West Indies team as a fast bowler in 1984, and was united with Ambrose four years later.

Initially, the pair had little to do with each other. But the on-field chemistry began to blossom once they were forced to spend more time together off the field. They became roommates in 1990 and that’s when this friendship began, which resulted to one of the most legendary friendships on and off the cricket field.

“We’d have good nights where we’d have dinner together, we’d chat, we’d discuss other things than just cricket,” Walsh says. That helped the duo to understand each other better.

So followed a partnership that would set the benchmark for all to follow.

Of the three new-ball partnerships to take over 400 wickets, Walsh and Ambrose beat the others to the post, reaching the milestone before Wasim Akram and Waqar Younis of Pakistan and England’s Anderson and Broad.

While being asked about the secret of such a great chemistry that lasted so many years, Ambrose stated that “There is no secret or magic to it and everyone in that West Indian team looked after each other. If he [Walsh] was taking wickets, then my job was simply to make sure I kept the same pressure from the same end. If it was my day, he’d do the same.”

“I would look to him from the boundary and tell him what I had seen or what I had noticed. And he would do the same for me.

How was it to compete with each other on the field? There can not be instances when you do not have the urge to do better than the other being an aggressive fast bowler? To this, Walsh replied that both of them always laughed about the number of wickets they got on a particular day, however, it was always a jovial thing. Though, he added that Ambrose always wanted to finish things soon. “The best partnerships complement each other, but don’t compete against each other.”

Walsh can lay claim to the ultimate prize. He describes the moment when he became the first bowler to take 500 wickets in Test cricket as the highlight of his career.

Yet Ambrose emphatically won the pair’s daily competition when he took 7-1 in one spell against Australia in January 1993; “a really freakish moment – something that is unheard of”.

The relationship of Walsh-Ambrose was put to the test in 1994, when Walsh replaced Richie Richardson as the West Indies captain, potentially adding an awkward dynamic to the relationship.

Fortunately, Ambrose’s sense of fun ensured that the transition was painless. He adds, “When Courtney became captain, I still had choice of ends,”. “So of course I always said to him, ‘I’m going to choose the end with the breeze at my back, and you’ve got to bowl into the wind’.

“He’s a joker, so he said, ‘Man, I’m the captain and you’re still ordering me around’. It never turned into a problem.”

Ultimately, both of them admit that Walsh and Ambrose had a common goal that would always extinguish any personal tension. “It was a tremendous effort all round – every time you looked at that particular team you’d think, ‘Wow’. What we did was what the team required first and foremost.”

As Anderson and Broad prepare for what will surely be their final Ashes series as a pair, the greatest fast bowling partnership of all time will be heavily debated.

Walsh and Ambrose will be right in the mix, but they won’t really care about the conclusion.

You might also want to check out a recent article that we did on betting in India.

As a cricket fan, what do you think of the pair of Ambrose and Walsh? Do let us know in the comment section. We love hearing from our readers. 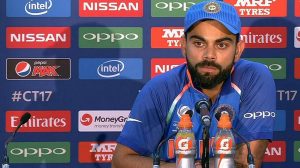 Virat Kohli on Prithvi Shaw: ‘He is a natural stroke-player & knows how to get runs’ 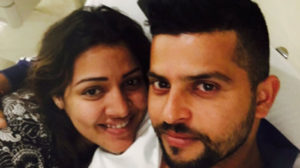