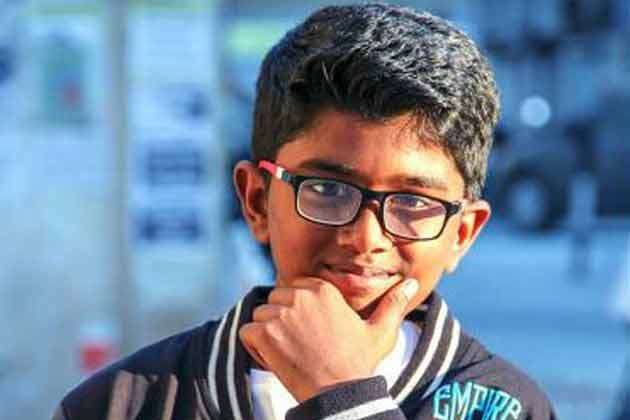 New addition to the list of child prodigies is a 13-year-old Indian boy, Aadithyan Rajesh, who owns a software development company in Dubai called ‘Trinet Solutions’. He had an interest in computers since the age of five and developed games as a hobby. At the age of nine, he developed his first mobile application.

A native of Kerala, Aadithyan, developed a mobile-based app at the age of nine only to get rid of boredom. He has also designed logos and websites for clients and  a dozen companies.

His Facebook bio read, “I love to code and design my own apps and games.” He already holds a degree in Sciences informatiques from American University of Sharjah, UAE.

“I was born in Thiruvilla, Kerala and my family moved here when I was five. The first website my dad showed me was BBC Typing, a website for kids where young students can learn typing,” he told the Dubai-based English daily.

Aadithya’s father Rajesh N Renjini Nair works in Dubai. It was his father who introduced him to the world of website designing. Today, they have employed three people who are all students from Aadithya’s school.

“I need to be above 18 years to become a company owner. However, we function as a company. We have worked with over 12 clients, and have given them our design and coding services entirely for free,” he said.