Pioneering Ventures, an accelerator for the modernization of rural India through best-in class companies, has announced the launch of its Rural India Impact Fund. The Fund aims to provide growth capital to its portfolio companies and has a target collection of $70 million (over ₹450 crore).

Martin Wittwer, executive partner for operations at Pioneering Ventures, said that the plan is to build the corpus over the next 2 years.

Pioneering Ventures, based out of Switzerland, was founded in 2004 by Ron Pal. It is a team of investors and entrepreneurs, organizing, deploying, and growing capital to catalyse the transformation of under-served India through industrial-scale ventures, delivering sustainable financial returns with solid governance and verifiable social and environmental impact.

The company launched its operations in India in 2009. Pal & Partners was renamed as P&P Entrepreneurial Services in 2014 and as Pioneering Ventures in 2016.

“The five companies, we have backed, play an important role in building an end-to-end value chain in agri-food in India. They are very much focused on the procurement of agricultural produce working closely with farmer families and create an efficient path for them to the consumer,” said Wittwer.

According to the company, the combined revenues of its five companies will be around $100 million in 2019, and expects this to grow to $300 million till 2021.

Moreover, the company is planning to reach one million farmers through its companies, enabling them to grow higher equality produce. 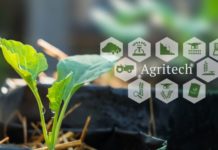 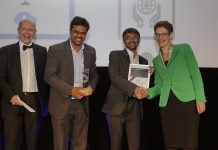