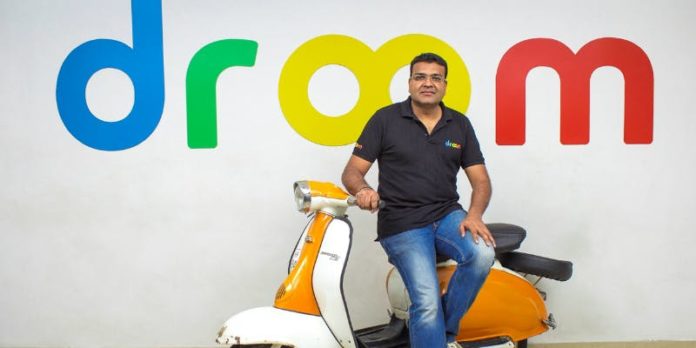 Droom, India’s first automobile marketplace, based out of Gurugram, is ready to raise $250 million in a pre-IPO round, cited Inc42. The company said that it is in talks with multiple institutions and strategic investors, including existing fund provider companies.

Sandeep Aggarwal, CEO of Droom said that the company plans to get listed on Nasdaq in 2021 through its Singapore-based holding entity, and could also look at a possible Hong Kong stock exchange listing post the Nasdaq IPO.

Aggarwal further said that AI figures heavily in its plans for expansion of the operations as well as its feature roadmap.

“We are raising this money to expand to over 500 cities in India, and are ready to move into 40+ international markets, but our target for 2019 is to have a presence in 25 countries. Droom will be utilising the funds to build on its AI/ML tech infrastructure for the marketplace model as well as financing and inspection. We are looking to build our data science and IoT-based certification services, and at the same time scale our fintech offerings and expand internationally,” he added.

Droom was founded by Aggarwal in 2014 and headquartered in Gurugram. It is India’s first and only online marketplace for buying and selling new and used automobiles. The platform offers broad catalog of vehicles and deals in all automobile categories; everything from bicycles to planes.

The company, also offers widest collection of used vehicles at best prices from verified sellers only.

Aggarwal further said that the company is looking to become the market leader in this niche, but added that Droom doesn’t have plans to hive-off its fintech service with other offerings and products.

He further added that the used car financing business is growing at a rate of 100 per cent month on month.

While, till date, the company has raised $125 million in six rounds.

Some of the significant companies in the segment includes CarTrade, Quikr, CarDekho, Cars24, CarNation, Carwale, Olx among others.