According to sources, the acquisition deal is still in progress and the financial transaction has not been completed yet. While, as per the agreement or deal, Upwardly team will join Scripbox and the startup founders will take leadership roles in the company.

“The mutual funds space has a large opportunity and there are many innovative products that can be worked out, by joining hands. We will be able to avoid any form of cannibalisation and work on new product lines,” Sanjiv Singhal, co-founder at Scripbox, said.

Scripbox was founded by Sanjiv Singhal and Atul Singhal in 2012. The platform simplifies mutual fund investment for salaried professionals by eliminating the confusion created by varied information and vague investment advice.

The selection of funds is done by a quantitative plus qualitative algorithm to help eliminate selection biases. The platform also accepts Unified Payments Interface (UPI)-based mode of payments from consumers for making investments.

Upwardly, on the other hand, was founded by Prateek Mehta, Prithvi Raj Tejavath, Shashank Agrawal and Vivek Agarwal in 2016. The company is focused on underserved consumers whose don’t have enough savings. Upwardly has raised an undisclosed amount in seed funding in 2017.

Moreover, according to a report, Scripbox has around 2 million investments, and manages over $127.8 Mn worth assets, with investments from over 1,200 locations in the country.

Other players in the personal wealth management space include Sqrrl, ETMONEY, Paytm Money, Zerodha among others. 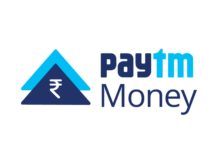 Bengaluru Based Paytm Overtakes India’s Largest e-broker Zerodha, Claims To Have Achieved a Customer Base of 6.6 Million By Volume