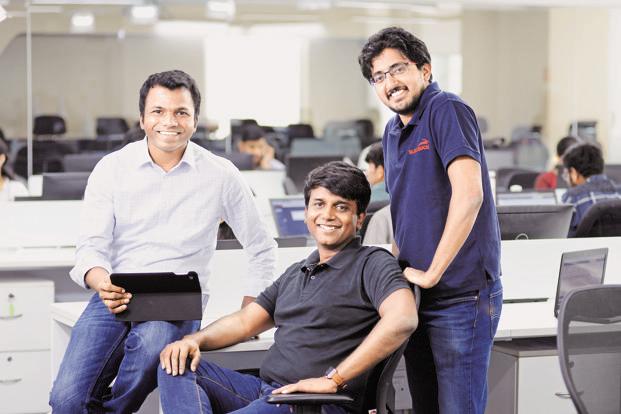 Bengaluru-based logistics startup BlackBuck has raised ₹202 crores in a fresh funding round from a new investor Sequoia Capital, according to the regulatory filings. Other existing investors that participated in the round include Accel Partners and Sands Capital.

Sequoia’s SCI Investment fund has invested more than ₹100 crores, while the rest comes from other investors.

The details of the round are yet to be ascertained, as the funding has not been confirmed either by BlackBuck or Sequoia Capital.

BlackBuck was founded by three IIT Kharagpur alumni Rajesh Yabaji, Chanakya Hridaya, and Ramasubramaniam B, in 2015. The startup provides an online marketplace for freight shippers and fleet operators to connect and facilitate seamless logistics solutions.

The logistics startup claims to have achieved operational profitability in FY17, growing at a tremendous rate. BlackBuck registered a sevenfold growth in revenues, reaching ₹566 crores, in FY17, while the losses grew fivefold, touching ₹86 crores, during the same financial year.

“Macroeconomic factors like GST and their downstream effect into the logistics industry would affect the ecosystem in FY18 and company expects to be in a strong position to take advantage of the same,” Zinka Logistics, as the company is registered, had said in its MCA filing for FY17.

Indian logistics sector is witnessing a rise of technology-enabled startups and investors flocking in to leverage the growing opportunity.

Other startups in the logistics domain competing with BlackBuck include Rivigo, FarEye, LEAP India, GoBOLT, and Shadowfax, among many others.