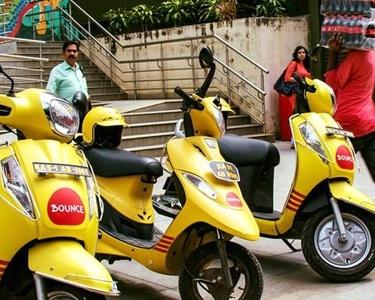 According to the report, both B Capital and Accel invested ₹250.83 crores respectively. The round also saw participation from other existing investors including Chiratae Ventures, Sequoia Capital, Omidyar Network and Qualcomm Ventures.

Last year, it was reported that Bounce was looking to raise $100 million in its Series D round.

Founded by Vivekananda Hallekere, Anil Giriraju, and Varun Aghi in 2016, Bounce claims to be India’s first smart urban mobility solution provider. The startup offers an option of one-way rental service to its customers, enabling them to pick and drop the rented bike anywhere. Bounce aims to provide seamless first and last-mile connectivity to metro users through its services.

Other bike rental startups competing with Bounce in the space include Vogo, Rapido, Yulu, Mobycy and ONN Bikes, among others.

In November 2019, Vogo had raised $2.9 million from Stellaris Venture Partners and Matrix Partners.