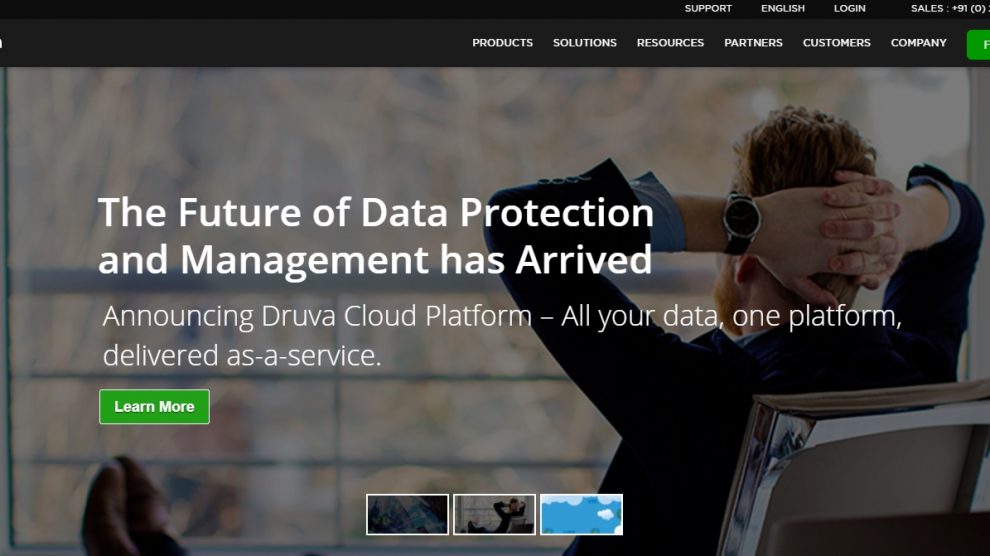 Cloud data management and protection startup Druva, has raised over ₹512 crore in its new funding round, led by Riverwood Capital, with participation from Sequoia Capital India, Nexus Venture Partners, Tenaya Capital, and others.

Druva, which provides cloud data protection and management solutions, has announced that it has raised over ₹512 crore ($80 million) in its new funding round, led by Riverwood Capital.

Along with Riverwood, Sequoia Capital India, Nexus Venture Partners, Tenaya Capital, and most other existing venture investors have also participated in the current funding round.

The company said that with this funding round, the total amount raised so far stands at $200 million. However, the company has not disclosed the valuation at which the new funding round was raised.

Druva will leverage this late-stage investment to dramatically accelerate research and development, expand go- to-market efforts worldwide, and lead the industry in redefining how enterprises protect, manage, and use their data.

We are impressed by Druva’s ability to help organizations re-define their data protection and management strategy in a cloud first world leveraging the performance, scale, ease of use and TCO benefits of the public cloud and SaaS. The effectiveness of Druva’s technology has been lauded by a large list of customers.

Currently, the company provides its backup and data protection service to more than 4,000 business networks, including various endpoints, infrastructure and apps.

Founded in Pune, India, by Jaspreet Singh, Milind Borate, Ramani Kothandaraman, in 2008, the company has now moved its operations to Sunnyvale, California.

The company claims to have gross margin of over 70 percent and 100 percent recurring revenues. Its long term plan includes potential for an IPO, but the company has not ruled out that there are other potential outcomes.

As per the estimates, the data protection market is expected to touch $28 billion in 2022 for both cloud-based and on-premises servers.