This announcement was made at the Urban Mobility Lab event organised yesterday by an American organisation Rocky Mountain Institute (RMI) and Delhi Transport Department.

“EVs are the future. It’s time to bring the future into the present. To make life better for the common man, we need to ensure that the cost of electric vehicles becomes less than petrol and diesel vehicles,” said Gahlot.

In its 2019-20 budget, the government had allocated ₹100 crore to its state electric vehicle fund along with an outlay of ₹1,807 crore to aid the implementation of transport department’s various schemes, programm and projects.

The state government also earmarked ₹50 crore from the fund of environment compensation charge for the state electric vehicle fund.

India’s central government had also set up a National Electric Mobility Mission Plan (NEMMP) in 2013 to have at least 30% electric vehicles among all vehicles on the road by 2030. 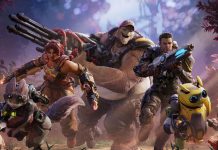