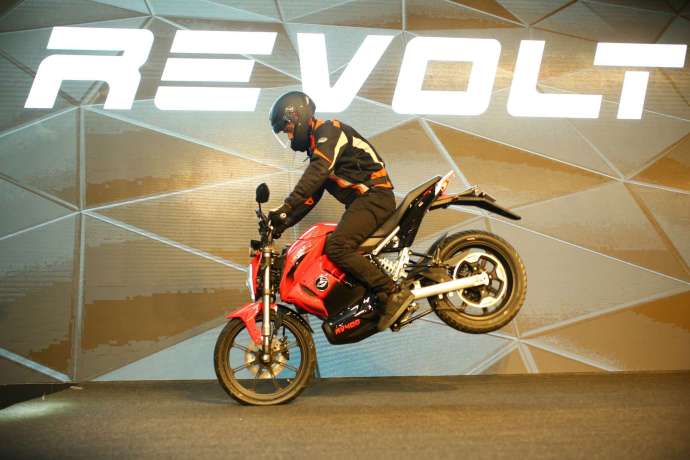 Revolt Intellicorp, headquartered in Gurugram was founded by Sharma in 2018. The company aims to targets double-digit market share in the automobile industry and not just the electric vehicles segment.

“With our technological expertise, we are betting big on developing a connected ecosystem which will be an integral part of all our products,” Sharma further said.

RV 400, an electric motorcycle has four hours charging time with a range of 156 km and the vehicle will also be connected to a Revolt mobile app.

Earlier this April, Sharma has announced the launch of Revolt Intellicorp Pvt. Ltd with a personal investment of about ₹400-500 crore.

The company has a manufacturing facility in Manesar, Haryana. The facility boasts a production capacity of 120,000 vehicles.

While, according to Sharma, India is the second-largest motorcycle market in the world, with sales dominated by basic commuters. More than 20 million two-wheelers were sold to domestic customers in 2017– 18, making it the most popular vehicle category sold in India.

Revolt Intellicorp competes with the interests of Tork Motors which have a cloud connected customisable electric motorcycle, expected to be launched later in 2019.